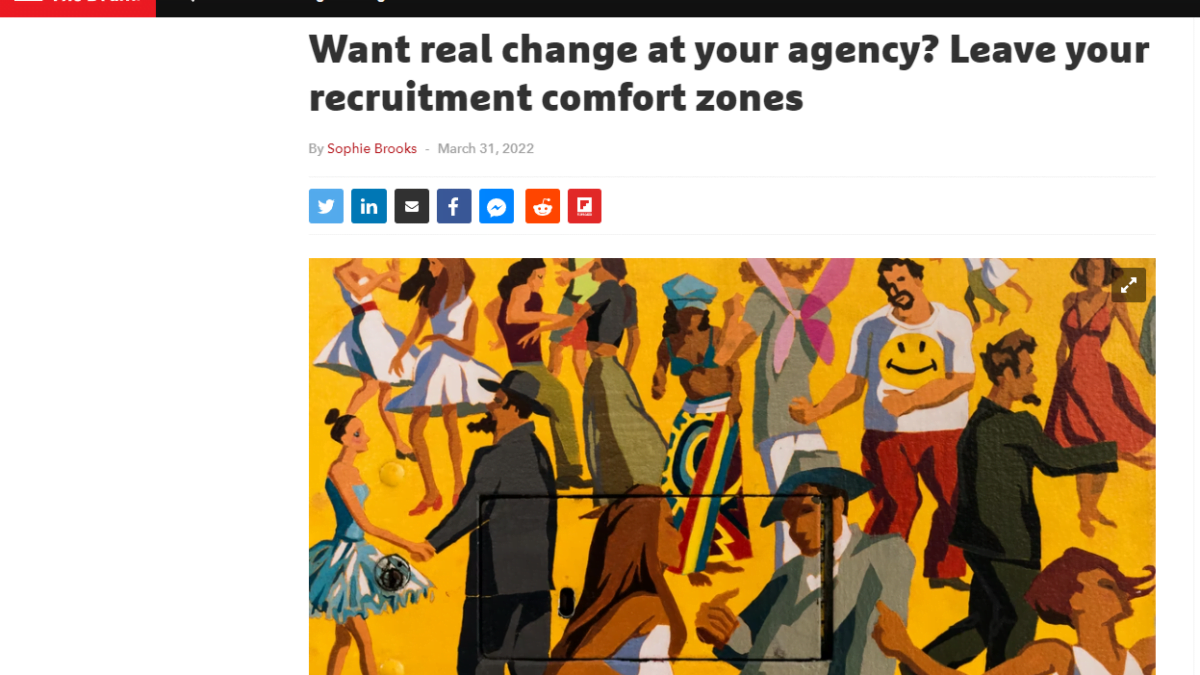 Diversity of representation in media products has rightly been a priority in recent years. But the data shows that diversity among the people making those products – along lines of gender, sexuality, ethnicity and other axes – lags behind. Sophie Brooks, managing director at Tug Toronto, argues that addressing those failings isn’t just the right thing to do; it’ll also make your work (and workplace) better.

A year ago, the All in Census confirmed what advertising professionals already knew: the industry’s diversity and inclusion problem is serious and widespread. Following the public sharing of agency employment data in 2020, the report revealed inequalities across the board; with 60% of senior roles held by men, a mere 7% of C-suite leaders identifying as LGBTQ+, only 9% of workers defining as having disabilities, and ethnic minorities making up just 16% of the workforce.

However, some progress has since been made. The Advertising Association (AA), for example, has launched a three-point Action Plan, recently adding new goals for promoting female, Asian and older talent, while the Publicis Media Once & For All Coalition has declared a mission to increase support and spend for diverse and minority media outlets.

But while this is all a step in the right direction, it’s still not enough. Tackling these issues shouldn’t just depend on the work of diversity organizations and officers. Until agency teams are built differently, change won’t go far. To achieve this, agencies need to get out of their comfort zone and look beyond the usual talent to recruit new voices from different areas and backgrounds.