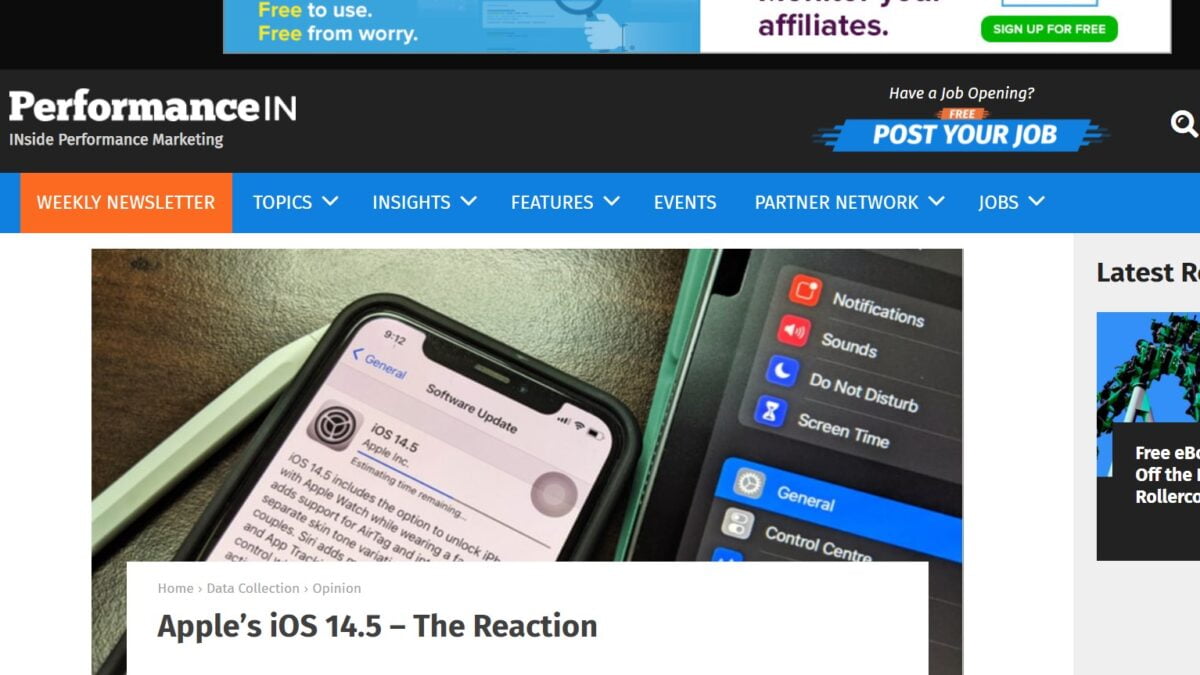 “The Apple iOS 14.5 update might give users more control over their data, but the more cynical among us might wonder if it actually benefits Apple, more than the users – either because the update improves customer loyalty, or because it boosts the tech giant’s position against Facebook.

“Either way, with the update limiting access to granular data on Facebook, it’s becoming vital for performance marketers to increase spend across a variety of social channels – like TikTok – to find more value in advertising. Now is also the time for marketers to build out their own first-party data lists, to communicate directly and more effectively with customers through channels such as email. In this way, there’s hope that the reduced support for viewing performance breakdowns – such as segmenting by age or gender – won’t have a negative impact on the effectiveness of paid media campaigns.” – Asher Gordon, Head of Paid Media at Tug