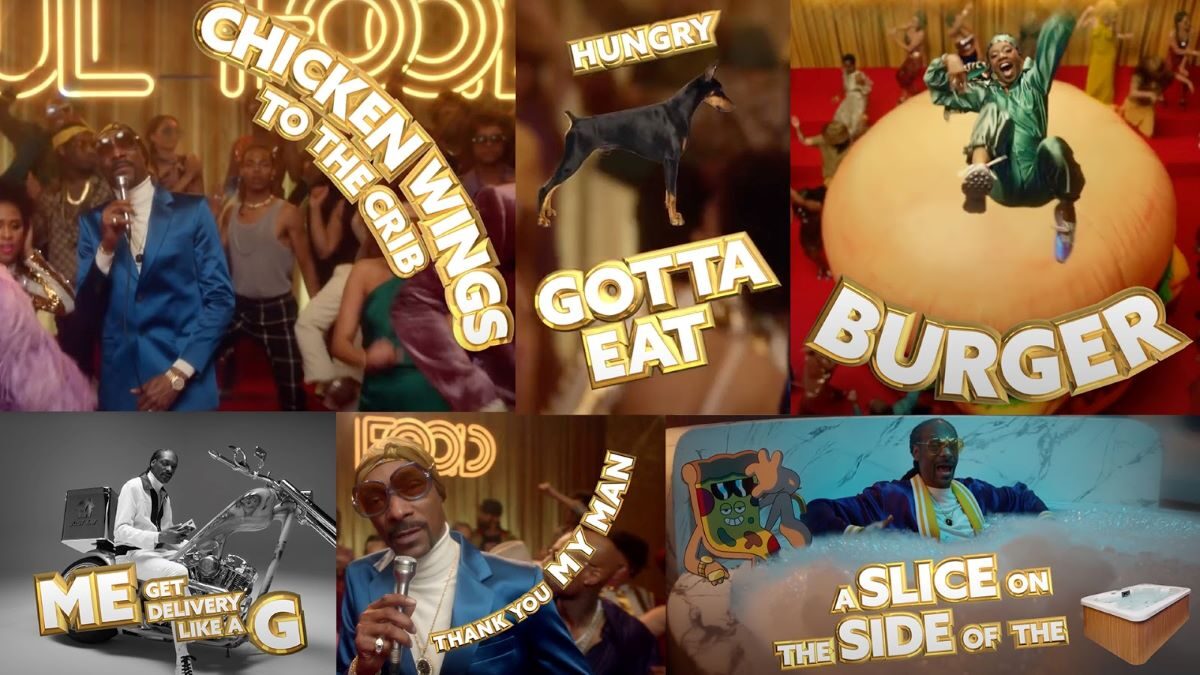 Three 2020 Campaigns That Inspire Me

With increasing numbers of emerging channels and technologies available for marketers, today’s campaigns are extremely innovative, impactful and creative.

Successful ad campaigns have the power to stir up emotions and stay in our memory for a long time, influencing our style, opinion, buying decisions and brand loyalty.

Libresse, known as Bodyform in the UK,  is an international brand of feminine hygiene products owned by Essity.

In 2020 they created their boldest campaign to date. Created by AMVBBO, #Wombstories reveals the emotional, complicated and sometimes painful realities of women’s intimate experiences.  Their challenge was to stay true to the brand’s taboo-breaking values in a highly sensitised environment and overcome media policies.

In the film you can notice two parallel journeys of a woman who decides not to have children and another one who faces the trials of IVF and miscarriage. Also featured are a character who has endometriosis, an older woman going through the menopause and a girl who gets her period for the first time. Representing the emotional rollercoaster of women’s relationships with their uteruses and vaginas.

With #wombstories, Bodyform & Libresse want to encourage an open culture where everyone can express what they go through without fearing they won’t be properly believed without feeling shamed. The pleasure, the pain, the love, the hate. It’s never simple but it all needs to be heard. They believe that this culture of silence reinforces taboos and impacts women’s confidence and wellbeing, and that these taboos are weakened by open and honest conversation.

The animation is  strong enough to draw a clear line between what was going on inside a woman’s body to what was happening in the real world. So each womb featured in the ad had a different illustrator assigned to it in order to give it an identity as distinct and unique as its owner’s. Also, on their website Bodyform encourage women to share their experience about their periods. You can find a form that you can fill out and be published on their website.

How did audiences engage on social media?

Just Eat, the online food ordering and delivery service, released a campaign in May 2020 with Snoop Dogg that fitted straight into the brand’s wider media mix, helping take the campaign’s concept up a notch with some added star power. Snoop Dogg takes issue with the existing Just Eat jingle, prompting him to create his own version sharing his love of eating food.

Created by McCann London, Directed by François Rousselet often called “2020’s biggest collaboration”. The global campaign was devised to reiterate Just Eat’s brand message – that it isn’t a traditional weekend takeaway treat, but for all food delivery occasions. It targeted a youth audience with cool and appealing creative that resonated with urban culture. Teams at McCann London and CRAFT did amazing work making this a reality.

The film was shot at the iconic Disney studios in Burbank (the studio where Mary Poppins was filmed). It is created to mirror a genuine, cool, hip hop video with fresh and surprising slicks and contrasting scenes to look fun and make people smile. Using mixed media of video, animation, stills and typography overlays. The cinematography of the film is very stylish and contains eye-catching colours.

How did audiences engage on social media?

Takeaway culture is now a bigger part of our lives than ever before. When the world feels chaotic and strange, bringing a little bit of normality and humour is the key. Hopefully, it provides some light relief for everyone who sees it.

To mark the release of flagship drama Dracula at the beginning of the 2020, the BBC took inspiration from the dark and shadows to create an out-of-home installation that came to life as dusk falls – a genius idea!

By day the billboard appeared to feature a random collection of bloody wooden stakes. But as darkness descended and a spotlight was turned on, it revealed the shadow of Dracula himself.

BBC chose the outdoors for its ability to build fame among youth and light TV audiences. Two sites were selected – one in London and one in Birmingham – that together helped rack up more than 320,000 impacts.

The creativity of the execution caught people’s attention, with the public response driving huge earned reach across social and publisher platforms.

The campaign received heavy PR coverage, with more than 40 articles written about it across both national and industry press.

There were an estimated 43,000 social posts about the ad, generating a reach of 22 million people.

Why I love these design executions

The design of these creative campaigns is an integral part of the message – it’s not there just for the sake of aesthetic appreciation. The examples we’ve looked into use design to extend the advertisements’ emotional, commercial and cultural notions.

When creating visually engaging marketing campaigns that entice the audience to act or react, it’s worth remembering that these campaigns should always feel authentic to the masses and individuals.