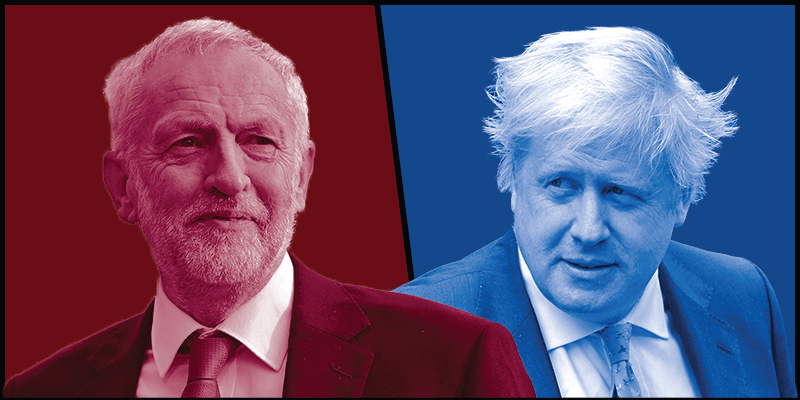 When social media gets political

The battle for no.10 is officially on. It is all kicking off as Boris prepares to take on Jeremy Corbyn for the Prime Minister title race. Corbyn is refusing to state his position on Brexit (we would all rather trim our Nanna’s toenails than discuss Brexit again,) and Boris can’t seem to string a sentence together. How oh how did we get into this mess?

Alongside this question, I am also wondering which social platform will triumph as the most politically impartial, disinformation spreading source of news in the run-up to the 2019 general election.

Considering political ads generate only 0.46% of Twitter’s total revenue (3 million dollars, compared to total 650-million-dollar revenue), the loss doesn’t seem to be too concerning for Twitter. The move has put pressure on Facebook who argues that by stopping political advertising they would be stifling political speech.

How Can Social Channels Prevent the Spread of Misinformation?

It is a difficult line to tread – on the one hand banning all political advertising disassociates your platform from any allegations of fake news or the type of foreign interference we saw in the 2016 US presidential elections. But banning political ads on social channels also risks isolating audiences who rely on social media channels for educational information from politics.

To positively impact political elections, Facebook must consistently and vigorously fact-check political content on their platform. Considering the recent scrutiny Facebook has come under for failing to do so, it was a surprise when they announced that politicians would be exempt from Facebook’s fact-checking scheme.

This is most likely why Facebook was recently forced to remove an ad which falsely claimed that U.S. Republican Senator Lindsey Graham supported the Green New Deal. Politicians are also allowed to post content which breaks Facebook’s rules on hate speech if the content does not cause risk of harm. Hmm… slightly concerning.

Step Aside Social, SEO is here to misinform us all!

Facebook isn’t solely to blame for the spread of misinformation (step aside Facebook, there’s a new political deceiver in town.) Last week it emerged that the Conservative party had paid Google to promote a fake labour manifesto website to the top of the search results on the Google homepage.

The tactic was used by the Tories to target those searching for the Labour Manifesto online with pro-conservative information instead. The Conservative party has rightly come under a considerable amount of scrutiny for the deceptive move, but Google seems to have come out of the scandal virtually unscathed. Is it one rule for Facebook and another for Google? It seems so.

Policing political news on highly saturated social media channels presents a major challenge, however, one which must be taken seriously. Social media has become a battlefield for fake news and misinformation. This doesn’t mean withdrawing from all political advertising and news from social platforms is the answer. Updating social channel algorithms to restrict the reach of political parties’ pages if they are found to be spreading disinformation could be the deterrent needed to curb this behaviour.