Day 1 of Tug Life has been a huge success! Each of our three events today have featured some of the leading minds in their industries to talk about the relationship between humans and machines. We had a great turn out for each event, with the final session of the day – run by our sponsors Pipedrive – packing the room to the rafters.

The sales industry has been affected by the rise of technology like any other. But that doesn’t mean that every sales company has maximised their productivity or income by leveraging tech. A recent study from Pipedrive found that on average £16,000 of revenue is lost from disorganisation or inaccuracies, and 1 in 4 salespeople still rely on pen and paper to keep track of their sales progress.

Pipedrive CEO Timo Rein acknowledges that a portion of sales roles have already been lost to technology, and predicts that the same may happen to many sales assistants in the retail sector. However, it is his belief that we will always need sales people, if perhaps in a different capacity than they are required today.

As technology advances, so too does competition. Sales people are no longer competing against another local brand or company – competition has become worldwide, and a different effort is required for sales people to succeed.

Pipedrive co-founder Martin Henk thinks that salespeople can leverage technology to their advantage, to take their selling to the next level. By using a CRM software like Pipedrive, salespeople can streamline their pipeline and automate aspects of their job to focus more time on the human aspect.

For Timo, the human aspect of sales will always be the most important. While the basics of sales can be taken on by machines, interpersonal skills and social interactions will always be valued highly. People need experts to turn to for help, advice and knowledge in their fields. In the future, Timo thinks that salespeople will simply be known as “experts” – and their knowledge will be their selling point. 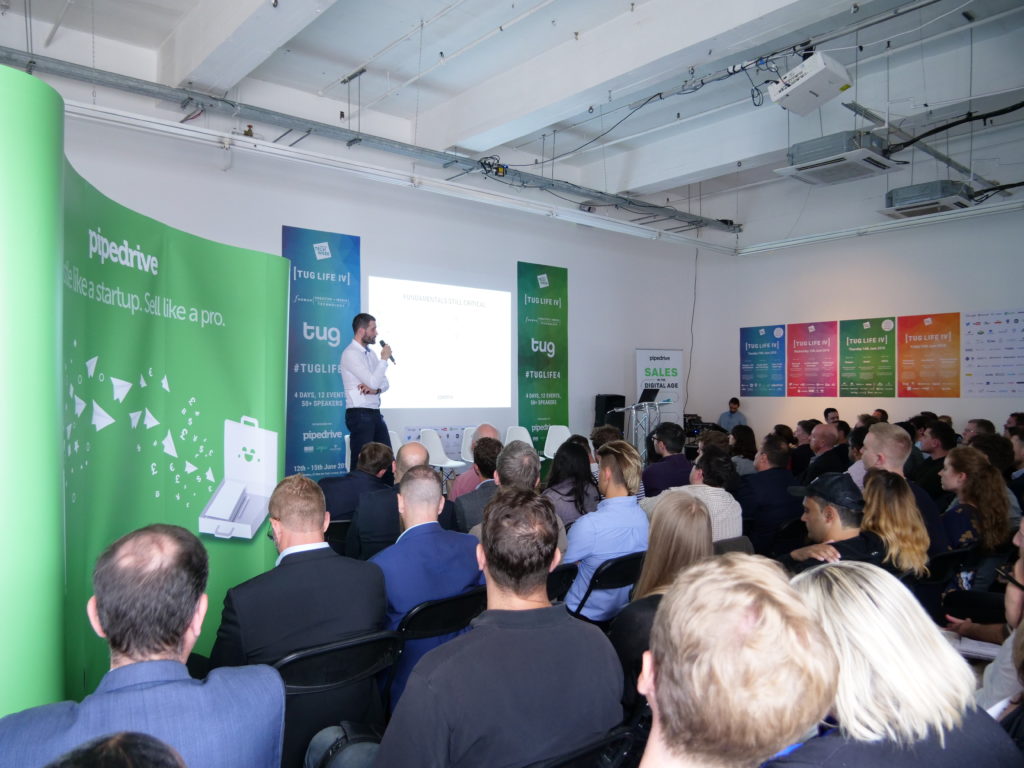 Matt Celuszak of Crowd Emotion emphasised the emotional aspect of selling. While humans try to rationalise much of what we do, the vast majority of our thought processes and decisions are unconscious or emotional. The power of emotions in buying is huge.

Referencing the Triuine Brain, he explained that 99.9999% of the brain is non-conscious.

Crowd Emotion has developed technology that can track human emotional responses in order to make machines intuitive and empathetic to human wants, needs and feelings.

The session ended with an open panel discussion on sales, encouraging questions from the audience. A dynamic, fast moving discussion covered all aspects of selling, from the innate fear of cold-calling, the rise of women in the sales industry, to the stigma around the job title and the changing role of a salesperson due to technology.

We have a fear of selling, we shouldn’t fear selling! 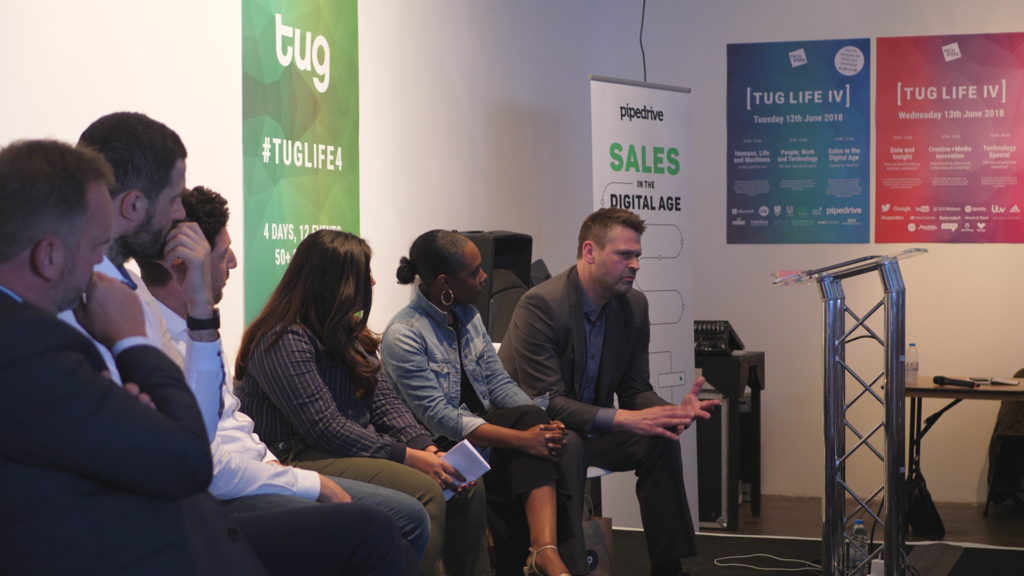 The Pipedrive Dealmaker Mixer starts imminently – if you’ve attended any of our events today, or plan to attend an event later this week – head on down for free drinks, food and networking!