AI – dystopias, paradise scenarios and the importance of security for connected sex toys

by Olivia Williams June 12, 2018
Tug
With AI, it’s always the worst-case scenario that grabs the headlines. So if the opening day of TugLife IV identified life-changing AI applications for global travellers, job-searchers, Uber passengers and those with disabilities, the key takeaway surely has to be this: we might still be screwed.
On a day that focused on the future of humans and machines, with contributions from voices as diverse as Microsoft, Royal Mail and Pipedrive, the heaviest notes were struck by David Wood, once of Psion and Symbian, now chair of London Futurists.
Though he sketched out a possible future of “sustainable abundance”, Wood also gave us a 30% chance of social collapse by the middle of the century, probably as a result of out-of-control technology, and called for a greater awareness of the stark possible outcomes ahead.
Citing Moore’s law of mad science – that every 18 months, the minimum IQ necessary to destroy the world drops by one point – Wood called for a realistic debate on the future of world shaped by complex, fallible yet incredibly powerful technology.
“We need to raise the calibre of the conversation about the future by painting more vividly, more credibly and in more detail this road map towards sustainable abundance,” Wood said, or risk the “real possibility of a downward spiral.”
Elsewhere, there was less appetite for dystopian scenarios. Pete Trainor, founder of custom AI specialist Talktous.ai, talked of AI’s potential for optimisation. He described how a Ukrainian robot named BO enabled James Dunn, who suffered from a severe genetic skin disease, to create an interactive record of his experiences, symptoms and philosophies before his death in April, aged 24.
“AI is going to transform the relationship between people and machines,” said Trainor. “It’s going to help us imagine what legacy means for people like James and give them the opportunity to transcend and be more than they were able to be in life.” 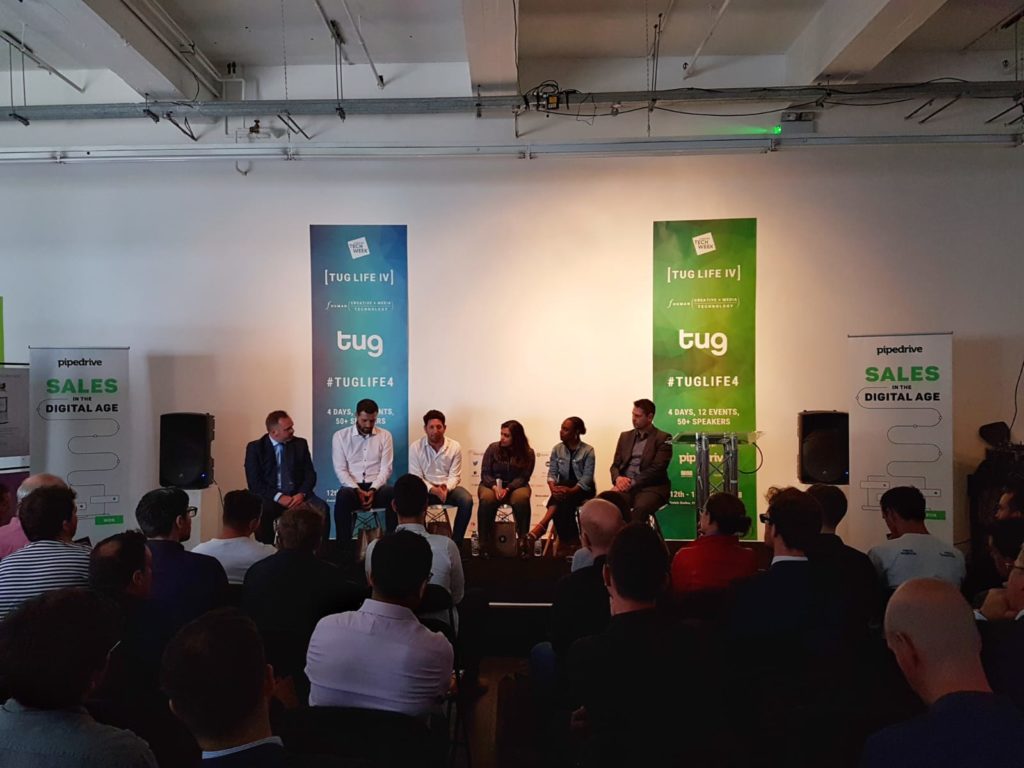 In an opening session that posed the question ‘is tech good for us?’ applied futurist Tom Cheesewright pointed that as we interact in increasingly effortless ways with computers, those devices inevitably end up making more of our decisions, and in turn we need to be vigilant about whom we allow to influence those decisions.
“If I ask Alexa for an taxi, it’s an Uber,” said Cheesewright. “It makes that decision for me. And I will allow it to do that, for the sake of convenience. But if you are going to put more and more of these decisions in the hands of a machine – for convenience, for ease, so we can focus more on the fun stuff – how do we maintain control? How do we know for whom those machines are operating, whether they are operating in our interests?”
Bing Ads EMEA product marketing manager James Murray detailed a series of ways in which businesses are applying Microsoft’s AI technology to their everyday processes, from Uber’s ID checks, which allow passengers to check that a driver is verified, to McDonald’s use of real-time transcription to clarify muffled orders at its drive-throughs.
“It’s a simple example of taking a technology that already exists, plugging it into an API and making it into something incredibly useful that helps a company improve their services,” said Murray.
Seirian Hanner of Royal Mail media division MarketReach described our attitude to our post – research has found that we collectively keep it in 33 different places – and reminded us that paper remains very much alive.
“I’m not here to knock the digital world we live in,” said Hanner. “We live in a very digital native world. But there’s an analogue life that we live and a private identity that we have. The way we sort and handle our mail offers a unique window into the offline consumer behaviours, discussions, brand and purchase consideration that takes place before people go online.”
The spectre of future mass unemployment hovers over many discussions of AI, but the first afternoon session, headlined ‘will tech take all our jobs?’ focused on positive interpretations of AI and the labour market.
Writer Phil Teer, formerly strategy director of ad agency Brothers and Sisters, made a detailed case for creativity as a force for good, Pulling in evidence including David Bowie and Iggy Pop’s sojourn in Berlin and the lifestyles of Byron and Shelley, he argued for a universal basic income to boost creativity and well-being, noting that “anyone who says that a little money doesn’t make a difference has never been skint.”
Rhiannon Lawson, head of technology policy at the Government Digital Service, highlighted our collective denial of cyber-security dangers, pointing out that of the thousands of connected devices now available, very few have been developed with much thought to security. Early demonstrations of the dangers have included the hacking – by security consultant Alex Iomas – of connected sexual aids in Berlin. One tip for our cyber-safety, among others suggested by Lawson, is: “Don’t buy internet-enabled, remote-operated intimate devices.”
Marco Faccini of e-learning platform BlueBottleBiz argued forcefully for our ability as humans to navigate change, and pointed to the greater possibilities of the fourth industry revolution. “Technology for me creates more jobs than it destroys, and history shows us that,” he said.
HR technology expert Simon Darling, formerly of Unilever and Trainline, gave a tour of the booming world of HR tech start-ups, describing a sector that now incorporates video interviews, assessment of candidates through their computer gaming skills, as well as cutting-edge online coaching and employee feedback platforms.
Meanwhile, Vladimira Briestenska of diversity consultancy Anthemis Group revealed that all of us carried around about 150 unconscious biases. “We can’t eliminate them, but we can be aware of them,” said Briestenska. “It’s about calling ourselves out on it. I might be inclined to hire someone just because they remind me of the friend I had growing up, and that’s not a good reason. If you can call yourself out when you are hiring, that’s a good first step.”
An afternoon session, hosted by Pipedrive, pulled the agenda into the subject of sales in the digital age. The founders of the Estonian-based CRM & pipeline management tool, Timo Rein and Martin Henk, outlined the fundamental value of sales forces in the digital world and described the role of digital tools in assisting them. Matt Celuszak of Crowd Emotion rounded off the day with penetrating insights into the psychology of buying and selling.
Share