Data – friend or foe? Spotify shows us how to do data well in its ‘2018 Goals’ Campaign

While we’re being bombarded by Christmas ads, it’s hard to think about life beyond December 25th, but Spotify are making people do just that with its creative and disruptive new OOH campaign.

The popular music streaming service has done something seemingly impossible – it’s made data fun. Using facts and the figures to tell a story about the past year, Spotify has followed in the footsteps of its successful ‘2016 was weird’ campaign, and taken data from consumers’ listening habits to make observers stop and take notice – but how have they done it?

The WHEN and the WHAT:

Taking a more political stance for its end of year campaign, Spotify has used data from when people are listening and combined it with big moments on 2017’s turbulent political stage. 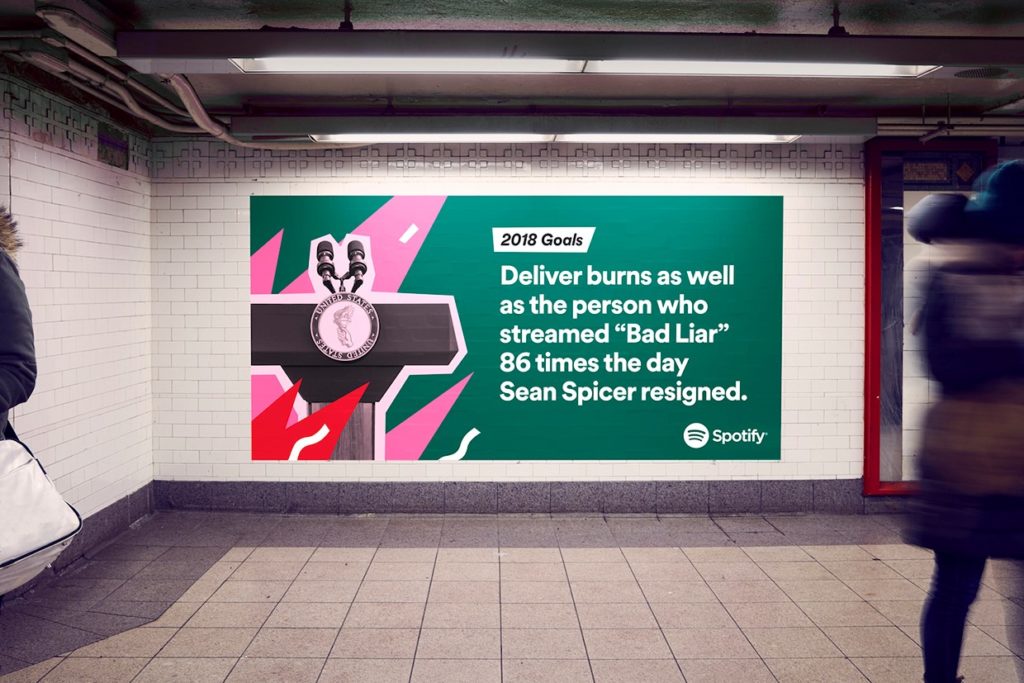 Using a targeted and localised campaign with OOH media, the global company has looked at the importance of where its consumers were streaming, and used this to create relevant images, in targeted areas.

While Sam Smith might take commuters fancy in Central London, one billboard in Sweden reads “Leave 2017 behind with as good conscience as the person who streamed ‘Ain’t My Fault’ 1,355 times this year — Zara Larsson, one of the most streamed artists of the year.” 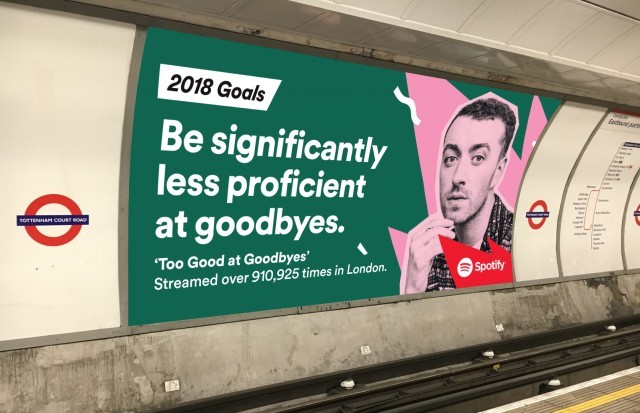 Not content with simply knowing where and when its users are listening, Spotify has thought about who the people behind the numbers are, and how they’re using the service, showing the diversity and scope of its audience. Would you trust these doctors? 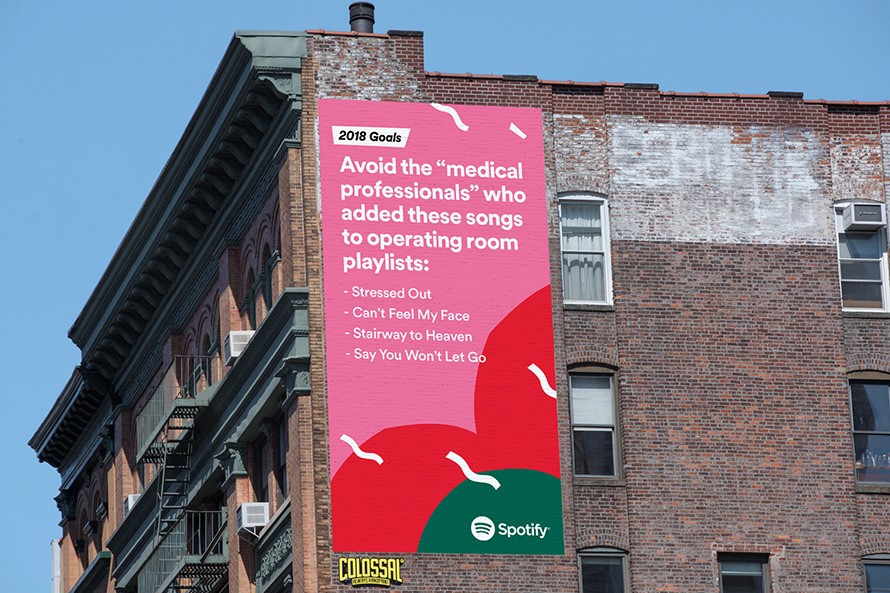 While the campaign is a playful look at data, it also brings the question of data privacy to the forefront of everyone’s minds, reminding people that their information has become public property. Spotify makes this idea slightly less terrifying by showing us that it can also be entertaining, relevant and engaging. Our 2018 goal is to make data more fun, what’s yours?