Digital vs Design: Has the evolution of advertising changed the need for images within its messages?

As technology continues to progress and push new boundaries of opportunity and innovation, we as a society tend to alter the way we do things. Even the most mundane exercise like paying for your morning coffee can now be dictated by mobile phones and contactless payments.

Maybe the biggest technological enhancement, the development of the World Wide Web in the early 90s, opened a new world of opportunity to not just people, but businesses of all shapes and sizes – a global market where goods and services can be exchanged with ease was born. Roll on 20 years and we are reaching a stage where the online space is threatening to eclipse in-store trading. According to a study by Eurostat, 87% of UK consumers have bought at least one product online in the last 12 months. When you reflect on these advancements, it comes as no surprise that more and more advertisers are opting to have an online presence. 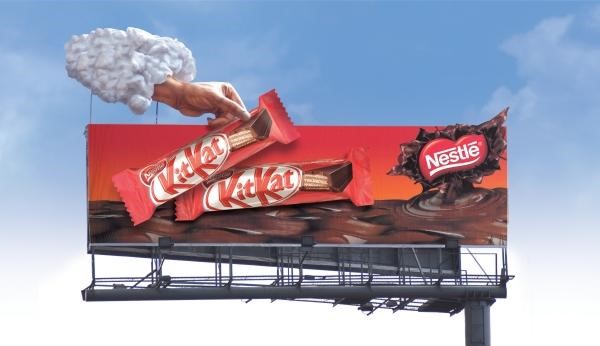 Traditional advertising generally uses strong imagery to draw the eye of the consumer and create desire for the product/brand in question.

Traditional advertising and digital marketing, while sharing the same goal, often serve different functions. Above the line campaigns (print, billboard and broadcast) generally serve to drive brand awareness to vast audiences with the anticipation that the brand will remain at the forefront of the consumer’s mind when they get to the consideration stage in the path to purchase.

In order to do this, above the line advertising campaigns must not only be memorable, but first must attract attention. The best way to capture this attention is through strong, engaging imagery, as visual processing requires the least amount of cognitive energy within the human brain, making it the most appealing form of communication to an individual.

Think back to the iconic Nike Air Jordan advertisements of the 1990s – it’s unlikely that this campaign would have been quite as successful if the imagery used wasn’t so attention-grabbing. Once the audience’s attention has been captured they can then be pointed to a preferable course of action. 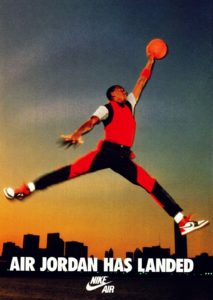 One of the most iconic advertising images of the 1990s, Nike’s Air Jordan campaign used vibrant, dynamic imagery to draw the eye and start the conversation with the consumer.

However, this isn’t always the case when it comes to the digital world. Often, in this new online marketplace, the consumer is already in the market to buy. Practices like PPC and SEO serve to respond directly to a need that has been made known by the consumer – negating the need for any imagery at all.

To illustrate this; think of the last time you went to a market (food or otherwise), the chances are you were looking for a specific commodity. It’s unlikely that there were any big advertising displays, no vibrant ad creative, instead you were met with multiple offerings, with vendors trying to shout the loudest to draw custom in. Despite obvious differences, this isn’t dissimilar to how the search landscape works. 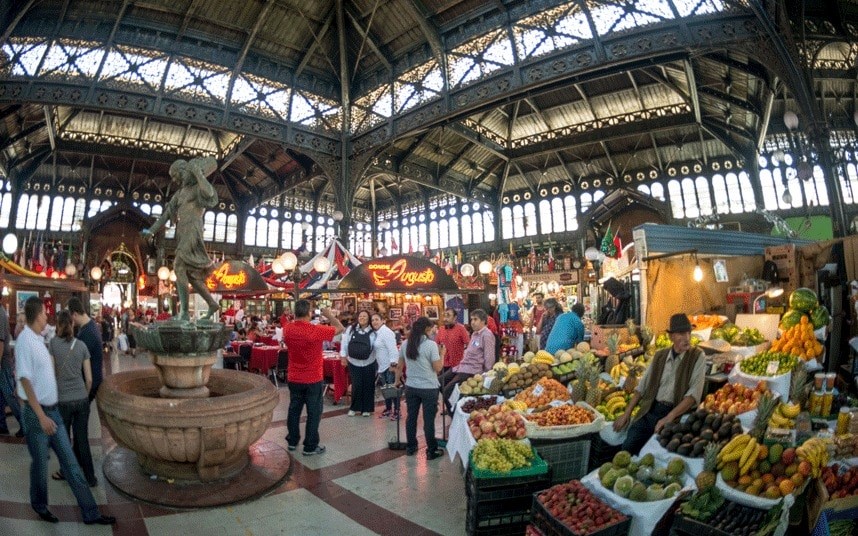 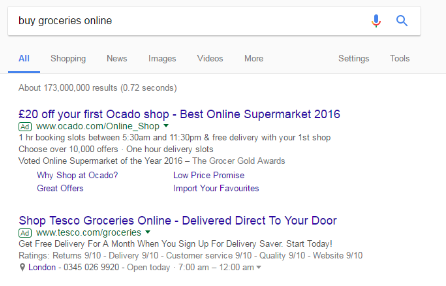 The online market place works in a similar way to a traditional food market, where advertisers push products to consumers already in market to buy.

How can brands stand out in the busy online world?

As more and more advertisers promote their brands via digital campaigns, the more cluttered the market has become, making ‘shouting the loudest’ through text ads tricky, regardless of how well written they are. This re-ignites the need to stand out through a visual element, which is why social media in particular is increasing in popularity and why Google is adding the option of visual site links within search ads.

The creative formats and inventory now available across digital media websites provide the perfect balance between cutting through the noise of the market, and offering a direct route to sale. 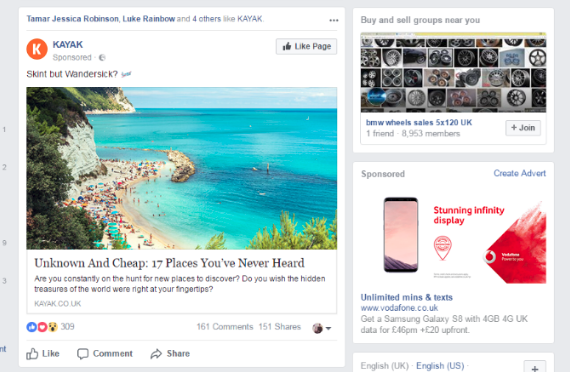 Advertising on social media is becoming more and more prominent, with bright, vivid imagery often used to cut through the noise of the market.

In addition to this, advertisers now have the ability to be reactive with their creative content, posting engaging visuals that reflect social discourse further enhancing the message’s relevance and engagement. For example, who remembers the Twitter post by Oreo during the 2013 Super Bowl when the stadium was plunged into darkness? 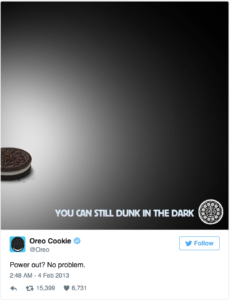 A fantastic piece of reactive promotional content. Social media provides the ability for advertisers to promote their brand in real-time, allowing campaigns to reflect social discourse.