It wasn’t long ago since we last covered some interesting new features coming for Google AMP. Google has certainly started to push their quick loading page format even further in 2017.

March 7th and 8th marked the dates for a Google conference completely centred around AMP, the developers that make it possible and interested 3rd parties. The highlight of the conference comes from 3rd parties, such as Baidu and Sogou, the two search giants from China. The two search engine companies, who combined share 90% of the Chinese market, announced on the first day of the conference held in New York, they will start to distribute AMP pages to a new audience of more than 1 billion people. Not only China, Yahoo Japan has also announced it will join them in their efforts.
Another key topic speakers covered during the conference was that of speed. AMP pages obviously mean lightning fast load times but the real information lay in the effect these pages can have on bounce rates. 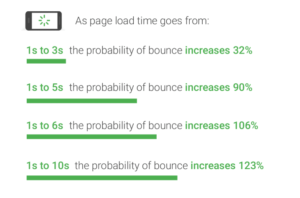 Interestingly the average time it takes to fully load a mobile landing page is 22 seconds. Yet 53% of mobile site visitors leave a page that takes longer than three seconds to load. Therefore, having AMP versions of key landing pages is going to impact your bounce rates and in short, speed equals revenue.
Another key takeaway from the New York conference was the discoveries made around other channels making the most of AMP features, such as native advertising and the capability to monetise on these pages.

AMP offers several monetization options for publishers and websites, from native advertising to analytics tracking. Additionally, Google is applying the AMP framework to ads to make them faster, lighter and more secure. With AMP ads 3x lighter and 6x faster than their traditional counterparts, advertisers could see up to 13% higher CTRs.

As always there can be drawbacks and the industry has seen many people voice their opinions on what is wrong with AMP and Google should not be pushing the feature as much as they are. The biggest concern is the control of the content and the ‘centralised’ location from which it is served, Google’s own directory, rather than the website.

With that said and the end users becoming more and more mobile-centric, having AMP versions of your web pages could soon become essential, considering it ‘buys’ premium real-estate in SERPs with the carousel function when applicable. 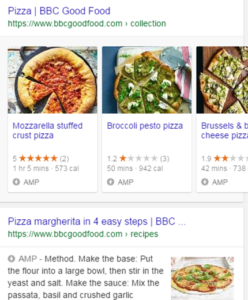 In addition to this, David Debris, vice-president of engineering at Google mentioned that although AMP is not a ranking factor yet it soon could become part of the Google algorithm.