Brands react to The Oscars 2017: 6 brilliant pieces of reactive content

Last night’s Oscars ceremony was eventful, to say the least. Moonlight was named Best Picture, after a mix-up with envelopes saw La La Land incorrectly named as the winner.

Brandwatch says 60,000 mentions occurred in the minute following the biggest mishap in the 89-year history of The Academy Awards.

It wasn’t all doom and gloom, however, as a number of quick-witted brands reacted to this year’s biggest news story so far. We’ve pulled together 6 of the best reactive Tweets from The Oscars 2017, each worthy of their own statuette.

Prior to this year’s Oscars ceremony, Miss Universe 2015 held the title of biggest live-tv mishap. The annual pageant was thrown into chaos as presenter Steve Harvey mistakenly crowned Miss Columbia the winner. After the host realised that he had misread the cue card, he told the shocked audience he had made “an honest mistake”.

Miss Universe’s Twitter account was quick to spot the likeness in their own slip-up, reacting with this simple tweet. With over 24K RTs and 34K likes, sometimes it pays to make a joke at your own expense. 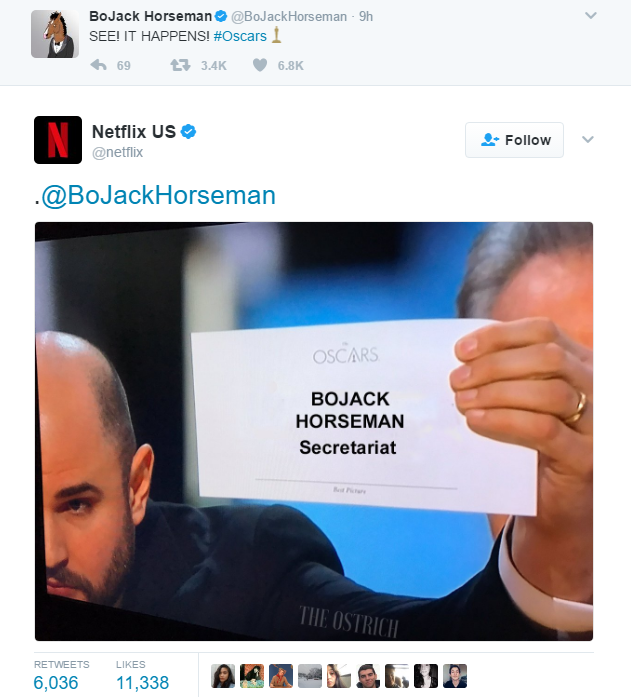 Netflix was quick to use the mix-up to promote their animation series, BoJack Horseman. Fans took to social media to highlight the similarities in The Oscars’ fiasco to a moment in the most recent series of the Netflix show.

After a quick edit on Photoshop, Netflix US managed to deliver a quick piece of reactive content that’s received plaudits across Twitter. 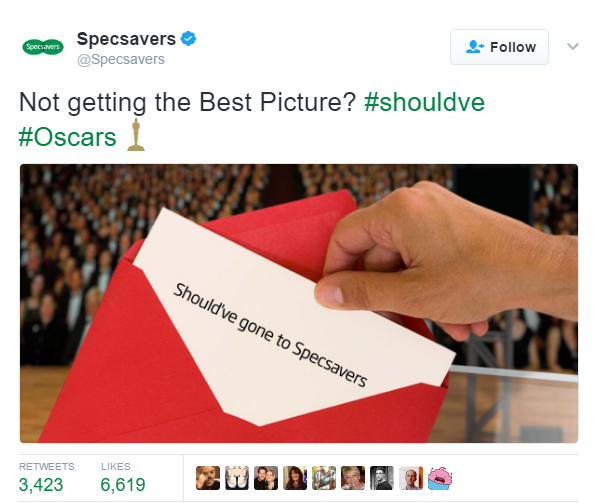 Arriving late to the party with this effort, Specsavers played cleverly on their ‘Should’ve gone to…’ catchphrase with their own envelope slip-up. It’s not all about speed when it comes to creating a clever piece of reactive content. 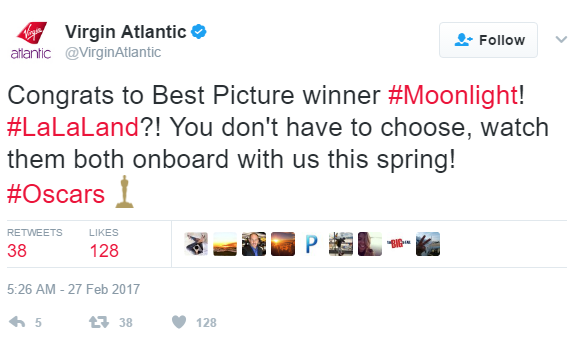 Although Virgin Atlantic’s attempt has far less engagement than previous efforts. This tweet is a great example of relevant content that brings a brand into a much wider social conversation. 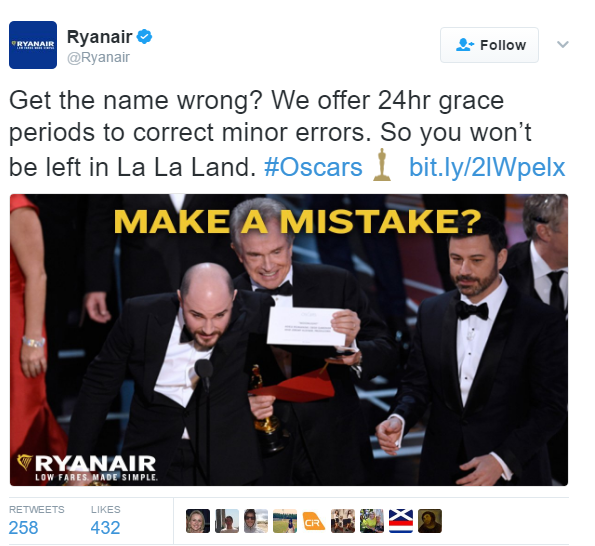 Another late entry to The Oscars’ party, budget airline Ryanair came in with this simple Tweet. By including La La Land and #Oscars in their post, they’ve managed to smoothly link a product feature to a current topic without being cringeworthy. 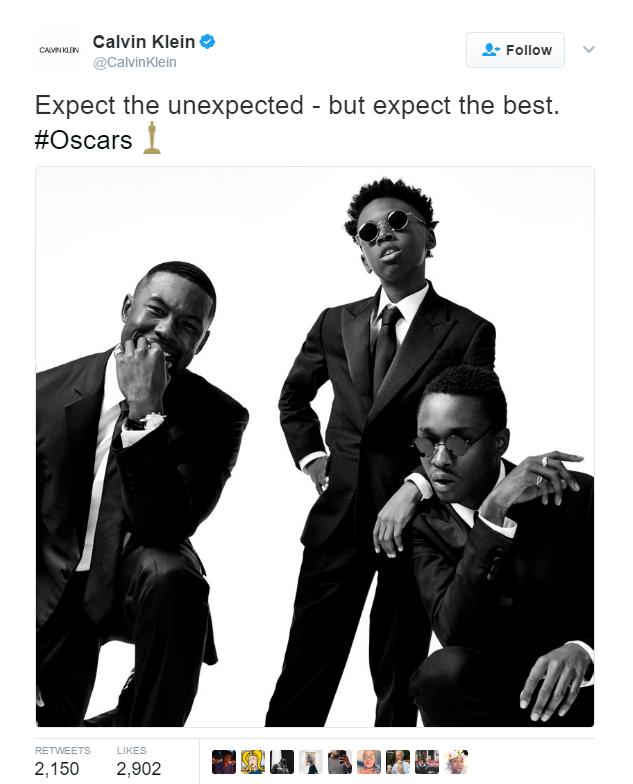 Calvin Klein proving here that preparation really is everything. With some of the cast and crew of Moonlight wearing the brand at last night’s ceremony, they were ready to go with this slick image and sharp copy.