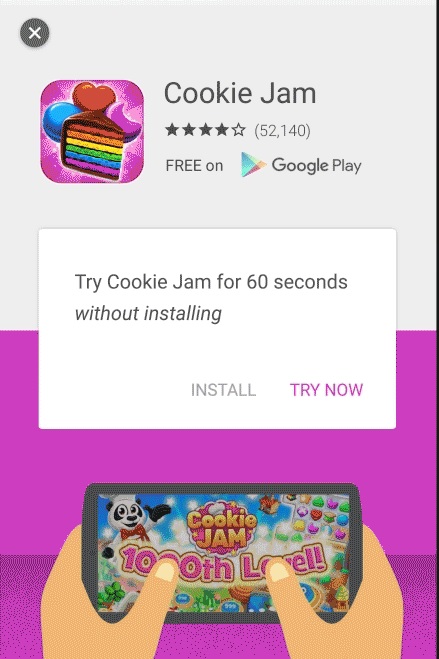 In the past few months Google has been doing more research than ever into mobile advertising. Just months after they released the Mobile App Marketing Insights Guide, Google has launched two new types of mobile app advertisements. This could be because the insight guide revealed that most downloaded apps never get used, one in four to be precise. To stop this happening and increase usability, Google are trying to increase the level of user intent before the user downloads an app. The apps have been designed with this in mind.

Ad number one is ‘the Trial run ad’. This particular app gives the user a short experience (60s) within a game app such as Cookie Jam. This would mean users could try the game first and see if they enjoy it, and if the outcome is positive they are more likely to open the  game and play after the download completes. 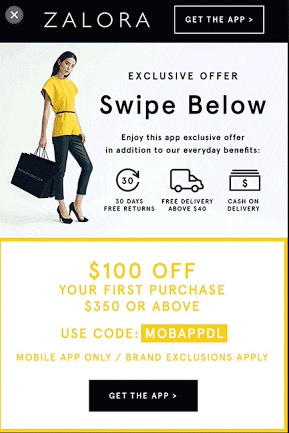 Ad Number two is ‘the interactive interstitial’. This is an ad that appears during natural transition points in an app, for example between  levels in a game. However, now they are interactive and the user can not complete one of many CTAs. Google has given developers full  creative reign over each ad therefore, their range of capabilities is vast. Templates can be given, but users can custom create their own  also. A big positive about this kind of ad is that it will easily allow advertisers to A/B test in order to increase conversions.