Ad Fraud is one of the most prevalent problems within programmatic advertising at the moment; and with the use of programmatic only becoming more widespread, it’s becoming more and more of a problem. The Association of National Advertisers in the US predicted that $6.3billion of losses in ad revenue will be made by advertisers worldwide in 2015 due to ad fraud. Here, we’ll explain how ad fraud occurs and what you can do to avoid it.

Ad Fraud is defined by having ‘wasteful’ impressions and clicks which generate no revenue for the advertisers because the intention of the fraudsters is not to purchase the product or even to learn more about it. These ‘wasteful’ impressions and clicks mean that reporting is incredibly difficult and can mean that programmatic advertisers find it difficult to justify the benefits of programmatic advertising to businesses, as the ROI is significantly diminished. By eliminating ad fraud from the industry this loss of confidence in programmatic advertising will be subverted and advertisers and publishers will be able to get better returns on their increasing investments in the industry. 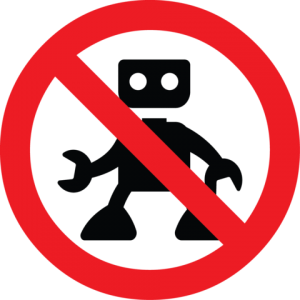 There are two main types of ad fraud; page fraud and bot fraud. Page fraud occurs when site owners load many different ads onto one page by various methods including stacking ads on top of each other (where only the top one is actually visible) or by hiding them by creating ad space at only 1×1 pixels. In order to combat this type of ad fraud, it requires extensive page crawling and advanced statistical analysis. One should be looking for high impressions and click numbers for sites which don’t seem to have that much space to sell.

Bot Fraud can be incredibly sophisticated and exists where a robot or ‘click farm’ mimics the behaviour of a real user often by using a real user’s computer remotely or by refreshing and clicking on ads over and over again. It can often be hard to track bot fraud due to the fact that they seem like a real user but by communicating with your channels you can make sure that bot fraud detection is of vital importance to them. High click volumes from a single IP address are often a marker for this type of fraud but due to its sophisticated methods one should keep a very close eye on metrics such as a high CTR combined with very low conversion rate that occurs in a short space of time. When in doubt, communication with your technology providers is pivotal so that they can give more detailed analyses of the fraud as well as prevent it from reoccurring.

There are numerous firewall services on offer which block unwanted impressions and eliminate wasted spend by analysing the contextual relevance and ad clutter on a particular page. It costs money to use these types of software, but better ROIs may make it beneficial in the long run if your technology providers don’t have the adequate infrastructure in place to do it for you. More and more channels are creating their own in-built ad fraud detection methods but the greatest assurance you can get that your ads are being interacted with legitimately is by using your own intuition. Hopefully ad fraud will soon be a thing of the past, but until then consistent page crawling and data analysis is really the only way to combat it.