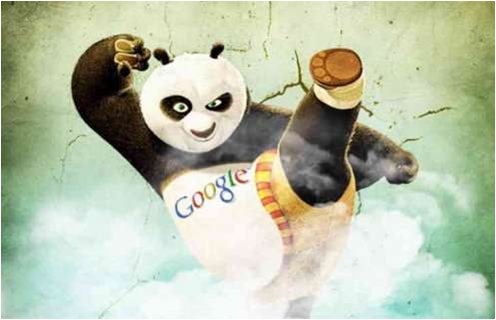 Google first launched their Payday Loan Algorithm last June and it’s been expected that a second update would follow for some time. This update is intended to specifically target ‘very spammy queries’ which typically get associated with excessive web spam, primarily payday loans, insurance, accident claims and the like. You’ll almost certainly be familiar with low quality sites appearing for these type of queries and it’s Google’s intention to prevent this from happening.

A Google Spokesperson stated on the update:

“Over the weekend we began rolling out a new algorithmic update. The update was neither Panda nor Penguin — it was the next generation of an algorithm that originally rolled out last summer for very spammy queries.”

This looks to be an international rollout, which affects different languages to different extents, with English queries being affected by 0.2% to a noticeable degree.

Google’s Panda algorithm is designed to prevent sites with poor quality content from working their way into Google’s top search results. It’s a bigger update than previous ones and Google has made changes to how Panda identifies sites and has released a new version of the algorithm that affects different languages to different degrees. In English for example, the impact is ~7.5% of queries that are affected to a degree that a regular user might notice. 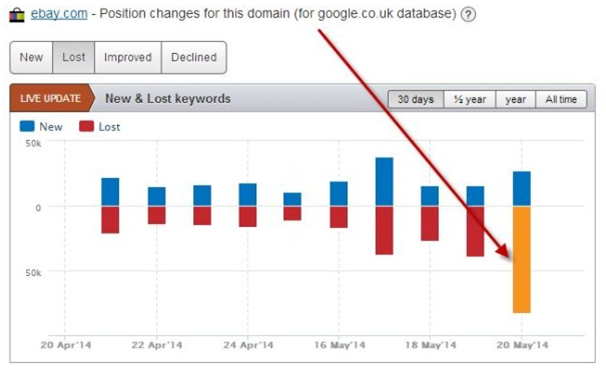 Over the course of about three days, eBay fell from #6 in our Big 10 to #25. Change is the norm for Google’s SERPs, but this particular change is clearly out of place, historically speaking. eBay has been #6 in our Big 10 since March 1st, and prior to that primarily competed with Twitter.com for either the #6 or #7 place. The drop to #25 is very large. Overall, eBay has gone from right at 1% of the URLs in our data set down to 0.28%, dropping more than two-thirds of the ranking real-estate they previously held.

Google is cracking down on quality and that means your site has to be worthy of ranking in the search results. SEOs have been saying this for a couple years now, but it comes down to clear, useful content and user experience – is your site easy to navigate and does it have a logical structure? If you had to think about your response, it’s time to do a site audit, incorporate a content strategy, and stop participating in black-hat SEO tactics. Focus on expertise, offering value, and quality content that is optimised for user intent and you’re golden!