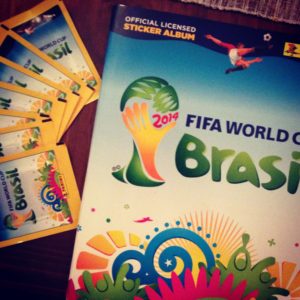 Having grown up in the 90’s, I experienced the launch (often short-lived) of some of the most iconic toys. There was a time when the biggest symbol of social status was the Yoyo you owned. I owned an ‘X-brain’ and as such was the envy of my street… Little did they know that I found it in Sainsbury’s car park! Unless your friend owned a ball-bearing Yoyo, then… well… they wouldn’t remain a friend for much longer I’m afraid. Cut throat.

Surely one of the biggest trends of the 90’s was the Tamagotchi? An endless cycle of feeding then cleaning up the poop of a pixelated ‘thing’ housed in a fluorescent, egg-shaped dome. I remember being in Pizza Hut (around the age of 12) and my friend murdered my 8-bit child by feeding it too many sweets. Genuine devastation. The attention span of a 12-year-old boy is little more than one episode of Sharky and George, but we’d spend quite literally hundreds of consecutive days nurturing a dinosaur / bug / baby person. Amazing really!

These so called ‘fads’ really did dominate your life as a child. As a 26 year old, I’m somewhat out of touch with the modern day equivalent of the Yoyo, the Tamagotchi, the Beanie Baby, the Pokémon card. If the media is anything to go by, children these days just collect knives and legal-high drugs. It’s hard to imagine these toys becoming part of modern day life. Kids of 2014 don’t need any of the above… they have Apps.

However, much to my amazement and surprise, one of, if the biggest trend of the 90’s made a stunning comeback over the last few weeks. As I went back to the Cotswolds last weekend to visit my in-laws, I was greeted with the usual gallon of wine, and something else. Something presented to me by a 40-something-year-old with a childish twinkle in his eye: football stickers. Within minutes I was transformed into pre-teens; sticking a player into the book with such care, such focus. In the 90’s, Saturday mornings meant football sticker day. I’d get my £3 pocket money and I’d painfully split this between Pogs and Panini football stickers. Fifteen years later, I don’t need pocket money! I can buy stickers whenever I want! Take that Mum & Dad!

Two weeks on from ‘The second coming’ and I’m obsessed. It’s dominating my life. The lowest point being my girlfriend saying, “put those away, you can have them again after dinner”; a phrase copied word-for-word from my mum. I’m ashamed to admit, I find excuses to nip to CoOp in the evening; running to the shop with a juvenile excitement. I’ve even pretended that I’m buying stickers for my fictitious son.

There’s a huge problem though. In the 90’s you’d meet in clusters around the school playground to do ‘swapsies’. Surely every child’s first experience of business? Like an excited group of bankers, we’d making up currency; “one shiny is worth three normal ones”. It was the only way to complete an album. I remember needing ONE sticker to complete my book: Neil Ruddock. As soon as the other traders caught wind, Ruddock’s price went up. Three shinies he cost me! Who can I trade with now though? There is no playground! I can’t take my collection to the pub… I certainly can’t bring my swapsies to work can I?

“So, we’re all agreed on the objectives for Q2… Anything to add Simon”?

“Um, yes. Does anyone have Clint Dempsey”?

I think I’d come to terms with the fact that perhaps I wouldn’t finish this album. How could I with no one to do swapsies with? Unless I discovered some sort of underground club where supposed ‘adults’ trade stickers in the dead of night. How would I find out about such a society though? The first rule of sticker club…

I’ve amassed around 100 swapsies so far in my quest to complete the album before the World Cup begins. Last night, I took a photo of all my swapsies and Tweeted it (below) as an act of self-deprecation. Much to my amazement, within seconds I had people Tweeting me with screenshots of their swapsies. People asking if I had a “spare 452”; people telling me to write all my swapsies down on a piece of paper and Tweet a picture. 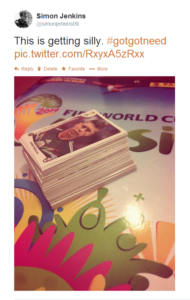 Twitter is the new playground. Just like the new kid in school, I politely introduced myself to the ‘group’ and had to learn some basic rules… You find people to do swapsies with and you post the stickers to them. It’s a Social contract. The ultimate trust test.

Search the hashtag #GotGotNeed and you’ll find hundreds of people (of all ages!) tweeting their swapsies! It’s beautiful. I’m currently in negotiation with a couple of people trying to get the best deals… People are even Tweeting Panini, the company behind football stickers, asking them to ask their 5,000 plus followers if “anyone has No.602”.

It’s the most beautiful collision of old meets new; the genuine childlike determination to complete your album combined with the ability to ‘speak’ with playgrounds across the country from the comfort of my mobile phone. In an age where we strive to find the next innovative use of Social, it’s genuinely lovely to see Social stripped back to its absolute (often neglected) core. It’s a communication tool.