The social media platform, Twitter, has recently undergone a redesign which was initially launched in February and will be gradually rolled out to all users in the coming weeks. Cover images are now full width along the top of the screen much like Facebook’s profile design, with the main image sitting on the left hand-side.

The size of Tweets will be adjusted based on engagement so that more prominence can be given to the highest performers. Another new function allows users to pin top posts to the top of their page. Twitters users can now also choose how they view others profiles, choosing from tweets, tweets including videos and photos or tweets and replies.

The change is creating quite a buzz with mixed opinions being shared on the social profile. The consistent criticism is that it feels too Facebook-y. Twitter are you becoming just another Facebook? 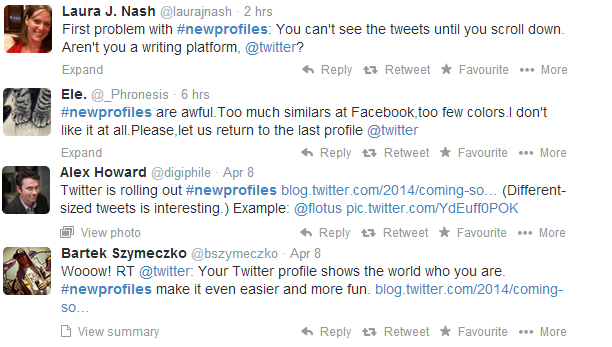