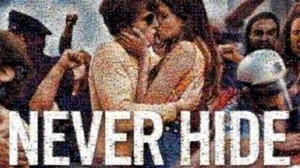 As more brands realize that social media marketing isn’t an option any longer but a necessity, it’s becoming increasingly difficult to rise above the noise and stand out amongst competitors. Brands are finding that they need to go the extra mile to effectively connect with their fans and make their mark within the social media world.

While a momentary thrill is still experienced when your favourite brand retweets your witty remark, it’s now commonplace, if not expected. To counteract this indifference, we are seeing an upward trend of brands making a move towards personalized interaction to engage with fans. As innovative social platforms such as Instagram and Vine make their way on marketing agendas, we are seeing the scope of social marketing widen and bring forward a new era of personalised and interactive social media campaigns.

Master Card took a personalised Valentine’s Day message to the next level. They teamed up with Uber to become UberSky for one day to deliver on-demand sky writing. Cardholders in New York, Los Angeles, Dallas and San Diego who used the hashtag #PricelessSurprises on Twitter on February 14th were randomly selected for a chance to deliver a personal sky-written message to a loved one. Each message was worth $10,000 and winners were awarded 12 sky characters to express their love.

Though the above campaigns were impressive, not all campaigns need to be dramatic in order to be effective. Lollapalooza Music Festival and Ray Ban teamed up to deliver a billboard mosaic of concert goer’s Instagram photos as part of Ray Bans ‘Never Hide’ campaign. The mosaic was created in real time during the music festival. Concert goers simply uploaded their Instagram photos and added them onto the mosaic. It was simple and very effective.

As these campaigns suggest, social is moving in the way of interactive and personalised experiences. As consumers continue to demand more genuine interaction, brands will have to think outside of the box to establish themselves in the social sphere.