The largest social network on the planet steps into its tenth year today, heading well out of infancy and fast towards adulthood. It’s impact on society, communications and marketing has been huge and varied. The company has survived an IPO “flop”, multiple class-action law suits, concerns that it causes depression and destroys marriages to see its monthly active users hit the 1.23bn mark (33m in the UK). Despite its critics suggesting the network would go the way of MySpace (once considered its biggest competitor) the network has continued to grow. While some studies suggest teens are using Facebook less, the independent Pew Research Center reports that 71 percent of U.S. adults are Facebook users, up from 67 percent a year earlier.

Its achievements are too numerous to count, from the development of its three pillars (just recently adding “Graph Search”), to its wonderfully simple algorithm ‘Edgerank’ that carefully weighs and measures the importance of content you receive in your News Feed. More significant than both, arguably are Facebook Pages that give companies, brands and organisations a voice on the network. This product has been replicated by online platforms the world over including Google’s social network Google+ with the launch of Google+ Business.

The question now is the future of the platform. The safe money is on a proliferation of mobile apps to take advantage of the niche that Snapchat and Whatsapp have built, fending off threats from Google (now its largest competitor) to better facilitate everything from content sharing to search to e-commerce. A broader question has emerged as Facebook rolled new ad products and functions – is this harming the user experience?

Facebook executives say their surveys show user satisfaction has remained stable or increased. CEO Mark Zuckerberg credits the company’s strategy of showing “higher quality” ads, which users are more likely to click on, rather than showing ads more often. Members of the social network, meanwhile, are using Facebook in new ways, instead of simply connecting with friends, for instance, people now look for opportunities like jobs, projects, organisations or products on the network.

Facebook is continuing to change its delivery and has adapted over the years. Zuckerberg has hired artificial intelligence experts to help Facebook find patterns in the billions of pieces of content that users post on the network – a process that he hopes will help deliver more relevant posts – and advertising – to your News Feed in the coming years making it the go-to place to find relevant and interesting content tailored for you. 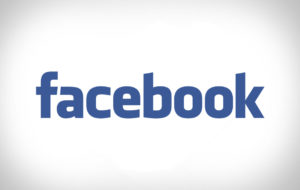 Tug’s Head of Social & Content, Emily Knox Gives financialit.net Her Opinion On What Reddit Rebels Can Teach Fintechs About The Power Of Social Alliance