Why Are People Making Such a Big Deal about Expedia?

“Was Expedia targeted by negative SEO?”

Surely if you’re at all involved in SEO, you’ve heard about this – people believe that Expedia was penalised by Google for buying unnatural links. Both parties declined to comment, but common sense says that it is probably the case. Two questions spring to mind:

1) Does it really make a difference to Expedia?

2) Why is everyone panicking?

In my opinion, Expedia is probably not panicking the way everyone else is. Expedia is a huge website with a reserve of natural links and general brand recognition and loyalty. People probably don’t type “hotels in London” into Google to get to Expedia, they type in “Expedia”.

Of course, they did have a problem last Tuesday when shares of Expedia Inc. dropped by 4.3% after the news broke; however, the stock has been creeping back up since.

If this was a Google penalty, surely once it is lifted, Expedia will easily make its way back to the top of the SERPs.

The more interesting question is: Why is everyone else panicking?

The generally accepted explanation is that this penalisation is related to a paid link scheme – and the only reason people would be concerned is if they were engaging in it as well. I thought that we have all been creating quality content that people want to link to naturally – I know that’s what I’ve been doing here at Tug: helping to create earned media for our great clients.

It could also be due to the other whammy that nearly put SEOs out of a job last week: Matt Cutts’ ominous blog post, Guest Blogging is Dead (I no-followed that link, because you just never know…) now named “The decay and fall of guest blogging for SEO” to avoid confusion.

According to Cutts, guest blogging is “too spammy”. Newsflash, folks: You’re doing something wrong if your guest posts look like spam.

Google would be silly to penalise sites that deliver quality content just because it comes in the form of a guest post. If you’re creating excellent content, then people will and should share it. Content creators and content publishers simply need to raise their standards – don’t create something you wouldn’t yourself read or watch; don’t publish something if you wouldn’t yourself share it. 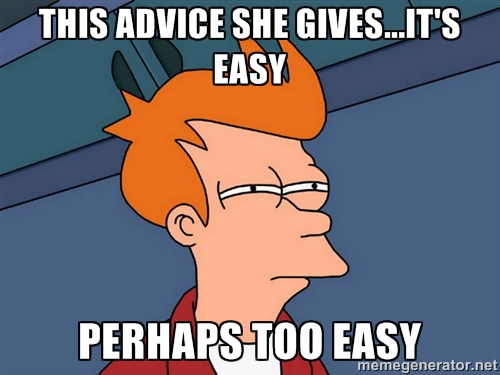