Google Are Driving Users To Google+ via Display Ads

It’s been clear since its inception that Google are keen to promote and push Google+ as relentlessly as they can. One such example is the recent introduction of Google+ comments on YouTube – which has been lambasted by users due to privacy concerns and functionality. Market research firms also regularly point out the social network’s rapid growth, with the GlobalWeb Index recently publishing a report claiming the network now boasts 359 million active users monthly.

Interestingly, I recently stumbled upon a display ad by Google – which upon clicking redirected me to a hashtag search of #findyourstyle within the social network itself. The results were brand and image rich, with River Island, British Vogue, AllSaints and L’Oreal UK all employing the hashtag. It’s quite clear based on the ad alone that Google are upping the ante in an effort to prove the value of Google+ to consumers and brands by working closely with them –  as seen with the likes of Burberry & TopShop in recent times. 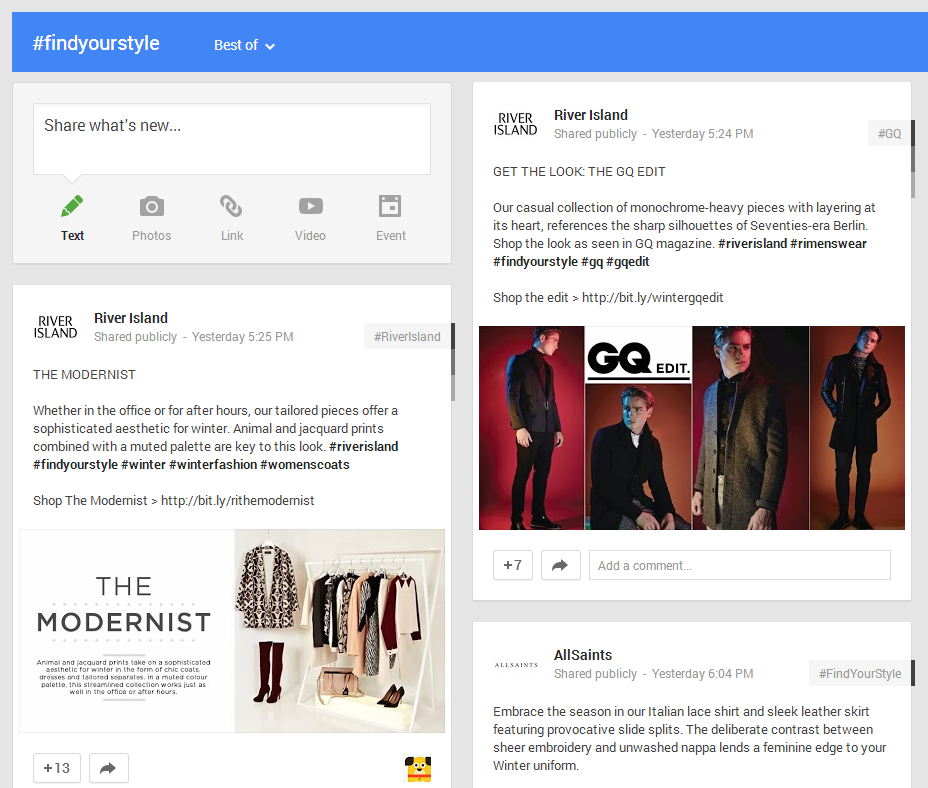