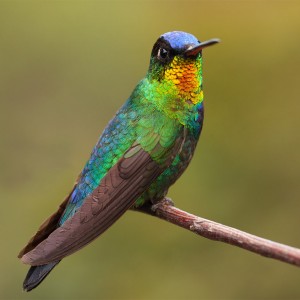 A quick (ish) summary of what the new Google Algorithm Hummingbird is all about.

When did it happen:

Hummingbird was announced by Google on the 26th of September however they suggested that the actual roll out was about a month earlier, this has been estimated around the 20-22 of August from spikes and changes noted in the industry.

“Panda, Penguin and other updates were changes to parts of the old algorithm, but not an entire replacement of the whole. Think of it like an engine. Those things were as if the engine received a new oil filter or had an improved pump put in. Hummingbird is a brand new engine, though it continues to use some of the same parts of the old, like Penguin and Panda”

There have been a number of changes in the new algorithm but the biggest example Google publicised is ‘conversational search’, with Google attempting to better understand the whole search phrase or questions people are searching for and understanding the meaning behind the search phrases rather than just the words. Another example used by Search Engine Land is the following:

“What’s the closest place to buy the iPhone 5s to my home?”

Previously and traditionally search engines would have focused on finding the most relevant matches for these words and these words together.  Hummingbird should better focus on the meaning behind the words rather than just carrying out searches for words. If a search contains ‘place’, Google may understand that you are looking for a location (a store for example), added with the use of ‘buy’ where Google might understand that you are looking for a place that actually sells something, so the idea is to go beyond just matching words with relevant websites, so that pages matching the meaning perform better than pages just optimised for the words. The whole sentence or conversation or meaning is taken into account, rather than particular words.

How this has affected us:

We haven’t noticed any massive changes to any of websites we work with and unlike other recent updates ‘Penguin’, ‘Panda’ etc there to my knowledge has not been any major outcries from any major publishers or websites that have lost significant rankings and traffic.

What we need to be doing as a result:

Guidance from Google remains the same “have original, high-quality content. Signals that have been important in the past remain important”

My feeling is that we should continue to do what we are doing, ensuring sites are technically sound, obviously optimised and that they have a high level of good quality content.  But this also suggest to me that we should be paying even more attention to schema mark-up.  Schema mark-up can be used to mark-up pages and content in ways recognized by major search providers, if search engines are trying to make sense of search phrases then they first need to make sense of websites, where the business is located, does it have stores in certain locations, the types of services or products it has and Schema mark up does exactly that,

Schema mark-up can bes used to specify locations, provide dates and locations of specific events, associate specific content to individual writers and publishers and so much more, to find a full list of details check out the Schema website.