With  the news that Edward Snowden has been granted asylum in Russia, I decided to explore a point made recently by journalists: that  the mainstream media have made a soap opera over the topic, deterring readers and viewers from the core issues at hand (privacy and the NSA).

Using Google Trends, I’ve quickly searched for both NSA and Edward Snowden, globally, to get a quick impression of where people’s interests lie. The results aren’t startling and can be interpreted in a variety of ways, for example: users may be after the story, and less interested in Snowden –  using his name as a keyword. Or, users are more interested in the man and the drama surrounding the story – including his pole dancing girlfriend.


It’s clear at least that “Edward Snowden” was in fact a more popular search term than the NSA for the majority of June and July. With the latest news of his asylum in, I’m sure this will soon be the case again. 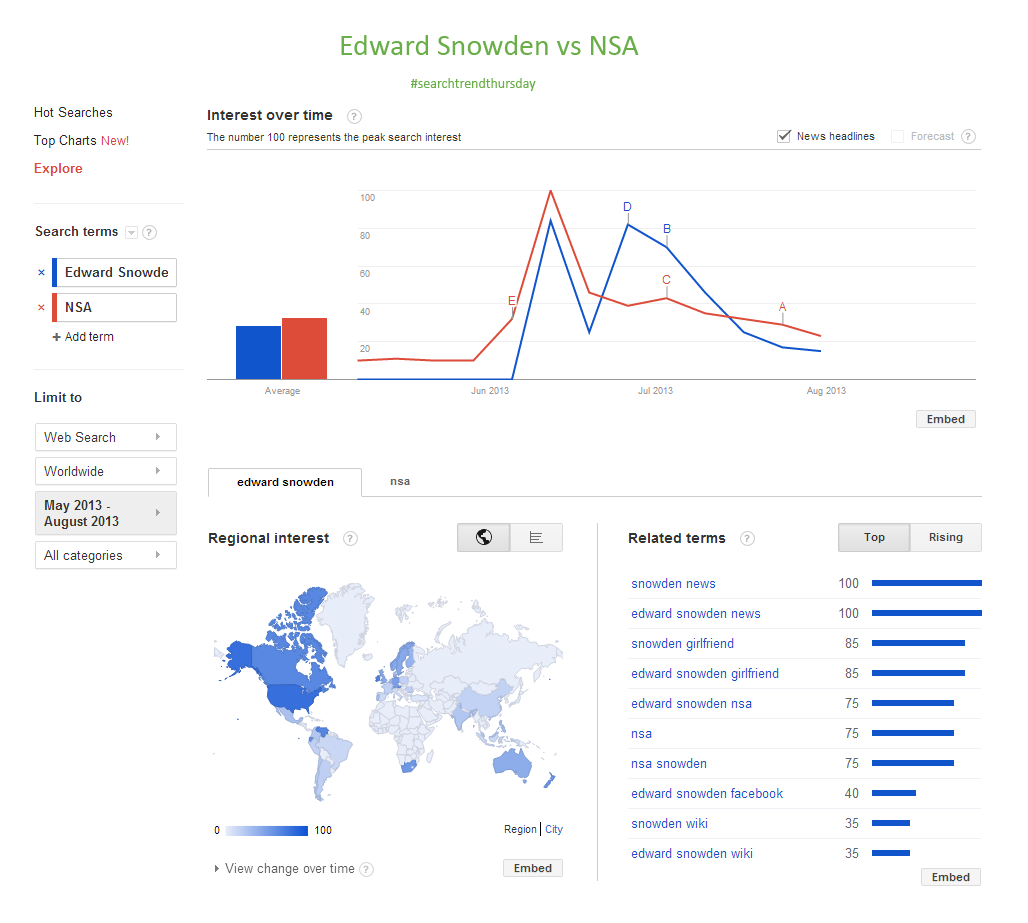