Since a feminist campaigner was abused on Twitter last week for supporting a woman’s face to appear on UK banknotes, the social network has decided to introduce a ‘report abuse’ button. This decision was made after thousand of Twitter users petitioned for the social network to take action.

Twitter ‘trolls’ attacked Caroline Criado-Perez with rape threats as they disapproved of her campaign. Criado-Perez, having contacted the police regarding the abusive tweets, criticised Twitter over the length of time it had taken them to take action in order to prevent further abusive tweets. More than 50,000 people signed a petition over a 48 hour period campaigning for Twitter to implement an easier method for reporting abuse. According to the Twitter UK manager, Tony Wong, the ‘report abuse’ button will suspend accounts that are found to have breached the rules of Twitter once reported.

The introduction of the ‘report abuse’ button has been criticised by Labour as an ‘inadequate response’ to online abuse. It’s true that a lot more needs to be done to help prevent abuse on social network sites, as well as the internet as a whole. However, at least Twitter has listened to its users and managed to help protect the online community one step further in the large task of trying to prevent abuse online. 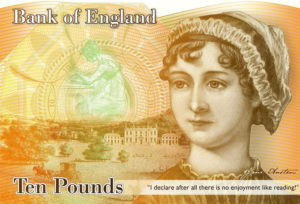