On Saturday I was one of 17.3 million people who watched Andy Murray become Wimbledon champion, having beaten the world number one, Novak Djokovic, in straight sets. Apparently not only did the people of Britain go mad for Murray as they were watching the tennis but whilst doing so, they also took to their social media devices to capture the moment. During the championships Twitter recorded more than 6.6 million tweets. According to IBM, this year’s figures had nearly tripled in relation to last year’s tournament. Furthermore, Facebook stated that there were 20 million posts, comments and ‘likes’ relating to Wimbledon.

Following Murray’s win, tennis sponsors were quick to jump on the ‘Murray Mania’ bandwagon to celebrate, particularly Murray’s sponsor, Adidas. They tweeted a celebratory image of Murray with the caption ‘Wimbledone.’ I quite liked it and apparently others did too as it was re-tweeted over 3,000 times. 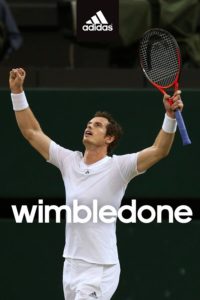