Facebook have begun to introduce hashtags for the first time on its social network – a forced adoption due to popularity, demand and competitor success (don’t let them tell you otherwise!) If you’re an avid user of the social network (who isn’t?) then you may have well already noticed several hashtags floating around.

Users will be able to search for a specific hashtag from the Facebook search bar and click on hashtags in posts (Instagram posts are integrated), thereby opening a feed where they’ll be able to contribute directly to the conversation.

Famous for its success on Twitter, implementation on Google+ and recent addition on LinkedIn, it may come as a surprise to many that Facebook have waited this long to introduce the popular social conversational tool –  especially considering its existence and usage on Instagram.

With the numerous privacy issues in the past, it’ll be interesting to see how they develop and integrate hashtags. At the moment, the user experience is clunky, and it’s obvious Facebook is playing catch-up. 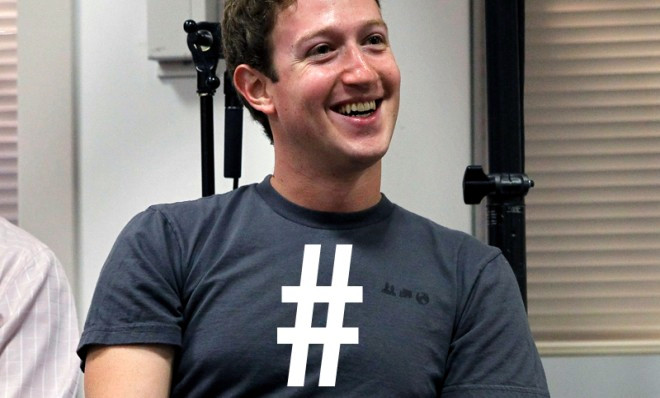