Skype’s 630 million registered users and popularity was reason enough for us to check out its website’s humble beginnings in 2003.  And let’s be honest – Skype should need no introduction. It’s extremely likely that you’re either an active user or have used it at least once at some point – that is the reality of the VoIP software’s ubiquity today.

Skype was bought out in 2011 by Microsoft, and the software giant has recently retired its Windows Live Messenger service in favour of it – an understandable move in an effort to streamline its product range and take advantage of the integration both networks offer.

What I found interesting in the screenshots below is the developers’ reference to  Kazaa in the 2003 screenshot, designed to give the VoIP software credibility (how times have changed!). The notoriously famous P2P network shot to fame in the early 00’s by offering users the ability to share and essentially pirate media such as Mp3s.

Another intriguing observation is Skype’s eventual brand colour transition from red to blue – with the logo itself surviving the changes and remaining almost identical to its predecessor. 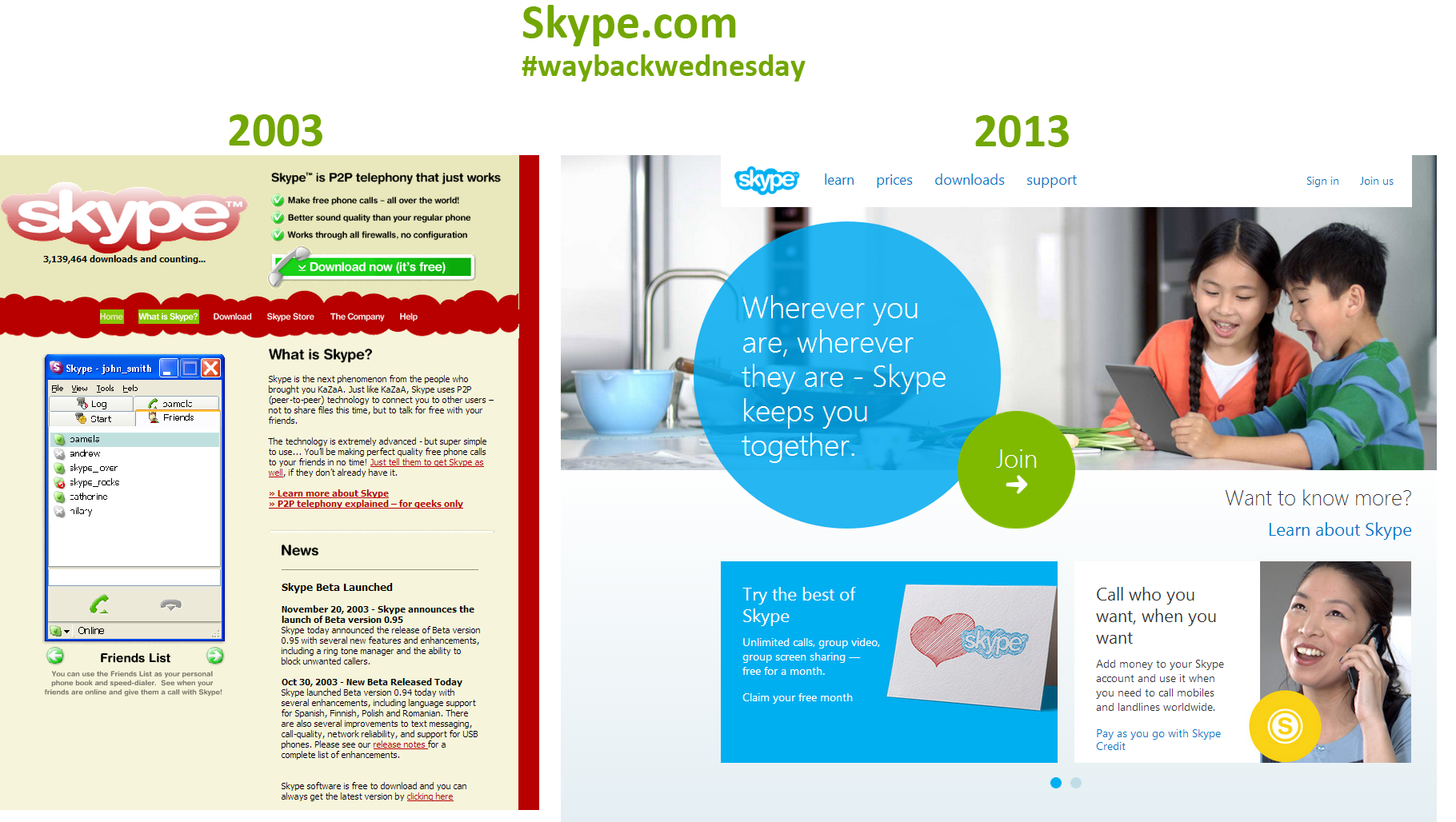