Welcome back to another edition of Search Trend Thursday. This week we’ve kept our rivalry goggles on but have moved verticals to take a look at how the age old rivalry between Coca-Cola and Pepsi fairs in the realm of search.

This was actually an ideal time to check how both brands are doing in terms of search volume, especially as YouTube’s most viral video of March was Pepsi’s latest commercial, which you can watch here.

The commercial has had an obvious impact on results, with Pepsi making up a lot of ground in March and continues to do so as we head into mid-April.

A glance at the trend history confirms that despite leading the search battle in 2004, Pepsi has only ever came close to reaching the same heights in 2006 – before slowly letting Coca-Cola establish itself in the long run. However, Pepsi’s latest marketing efforts seem to be paying dividends online, and it’ll be worth keeping an eye on these two in the near future.

Don’t forget to check out the regional interest, which reveals a number of disparities. 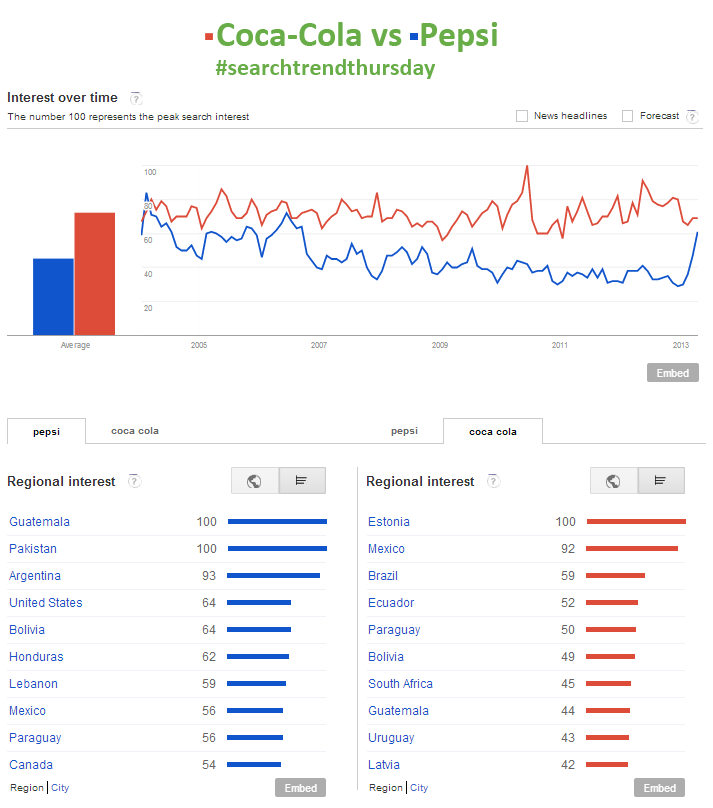