YouTube! We all use it – that’s a sure thing. Whether you’re using it to watch K-pop, Taylor Swift, silly cats or movie trailers, well, let’s not get into that.

This week we’ve gone back to its roots, just after it hit beta in 2006, and before Google acquired the innovative tech start up, to show you its first design released to the public.

Comparing both the screenshots, the video-sharing website – currently ranked as the 3rd most visited site in the world – retains a similar feel despite the abundance of changes since (with a number of considerable amendments noticeable of late). What is interesting is the short length of videos in 2006 – with obvious technological bandwidth constraints at the time being an obvious culprit.

It’ll definitely be worth keeping an eye on the extent of change we’ll be witnessing in future, especially with the increasing Google+ integration.

What are your thoughts? How much change have you noticed over the years? 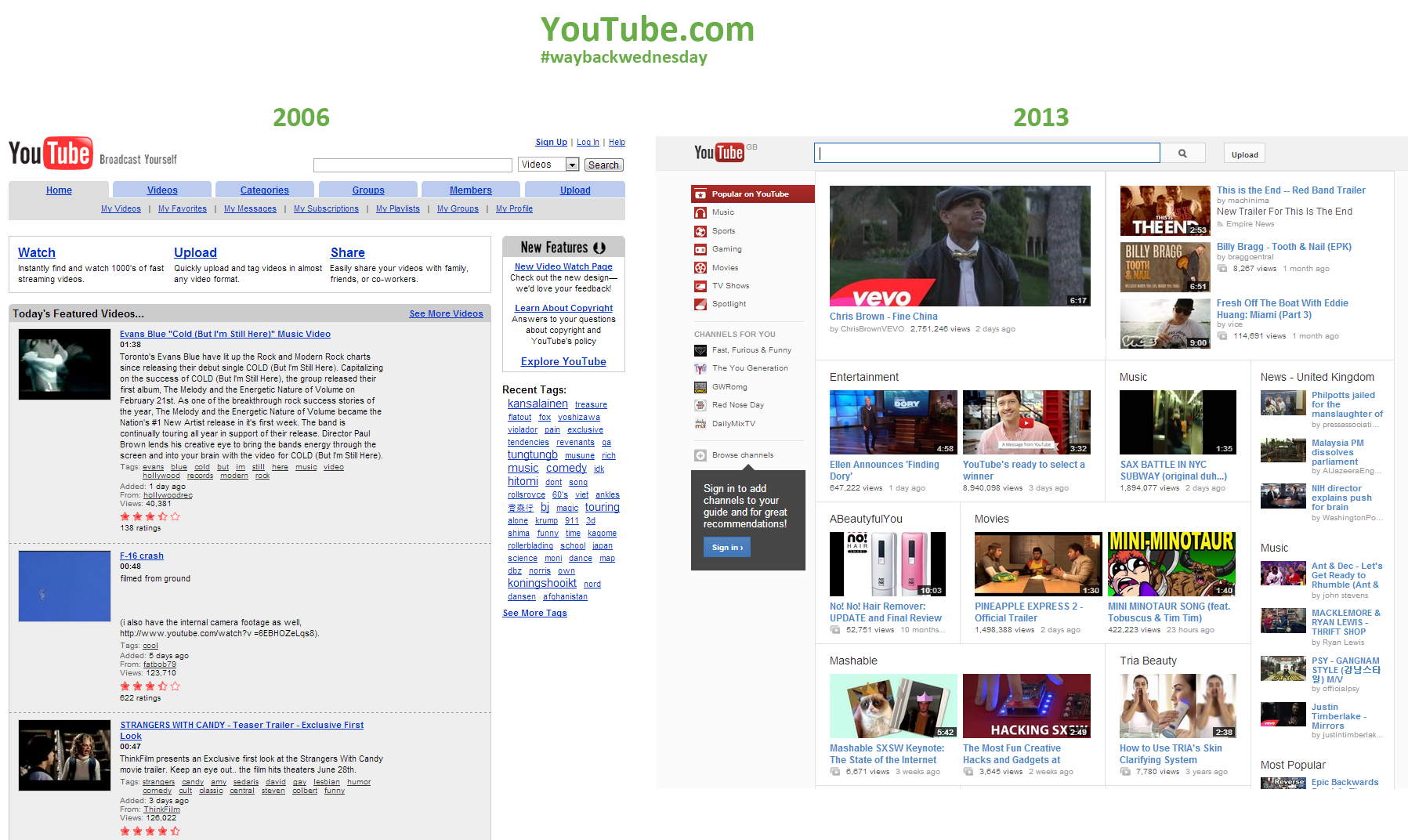