If you haven’t noticed already (we’ve been doing this for a while now), we’re keen digital archaeologists at Tug. What does that mean you might be thinking? Well, simply put, we dig up websites of old courtesy of the Internet Archive. We hope they might intrigue you or bring back nostalgia, if neither, let us know!

Up this week, the software juggernaut Microsoft.com. The corporation has arguably influenced most of our lives whether that may have began for you with Windows XP, Windows 95, or dread I say it, MS-DOS.

Microsoft’s evolution as a corporation is clearly visible in both the screenshots through its expansion of products:  the popular gaming console Xbox, its acquisition of Skype in 2011, its own search engine Bing and the recent introduction of Microsoft Surface.

What I found particularly interesting was the disappearance of any reference to its browser Internet Explorer, considering Microsoft were forced to offer alternative browsers in its Windows operating system, you have to wonder whether this was a strategic design decision.

If you’re a Redditor (or not) Bill Gates recently did an AMA (ask me anything) worth checking out here.

Don’t forget, click on the image for a better view… and if you liked this, there’s more on our Facebook page! 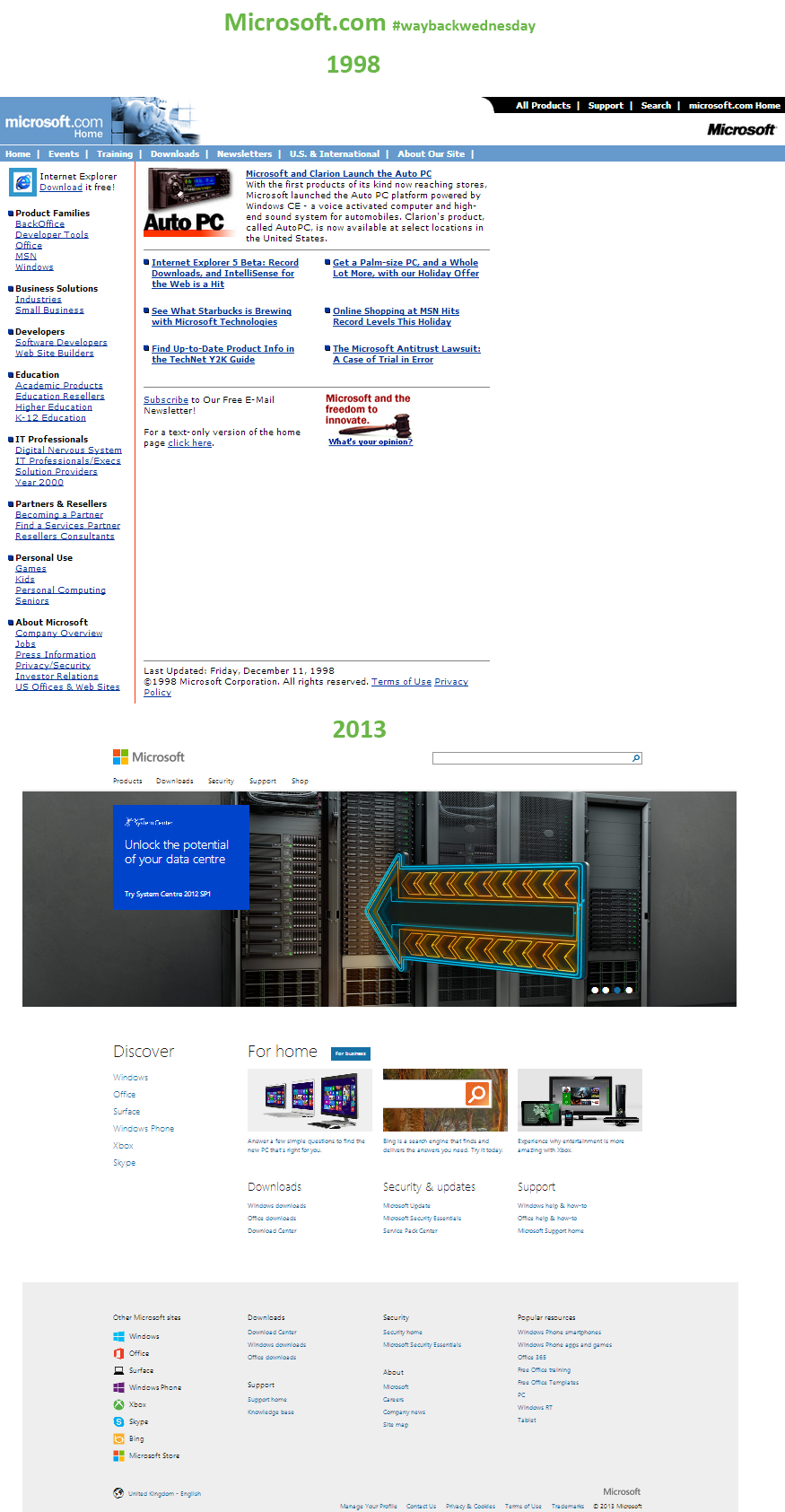