Time flies! We’re already into our 2nd week of Way Back Wednesday, where we go back in time and show you how websites have evolved, courtesy of the Internet Archive’s Way Back Machine.

Up this week, Google.com.You’ll notice immediately in the screen grab below the Browse by category feature, just underneath the Search Box. The category section refers to Google’s web directory at the time, as they offered two ways users could search. The web directory was initially made popular by Yahoo, and it is somewhat ironic that Google won Best Search Engine in Yahoo’s Internet Life magazine at the time considering the state of both corporations now.

It’s clear today that Google has gone through numerous changes: the directory was considered obsolete and removed in 2007, Google’s now trademark Doodle also makes an appearance in the form of a Winter flash game and the array of Google’s personalised services introduced over time are now integrated and visible through its all important interface change in 2007. The top bar actually epitomises the enormous strides Google has made in terms of widening its philosophy and services (Google+, Gmail, YouTube, Play, to name but a few), as we see increasing integration with Social and Search today. 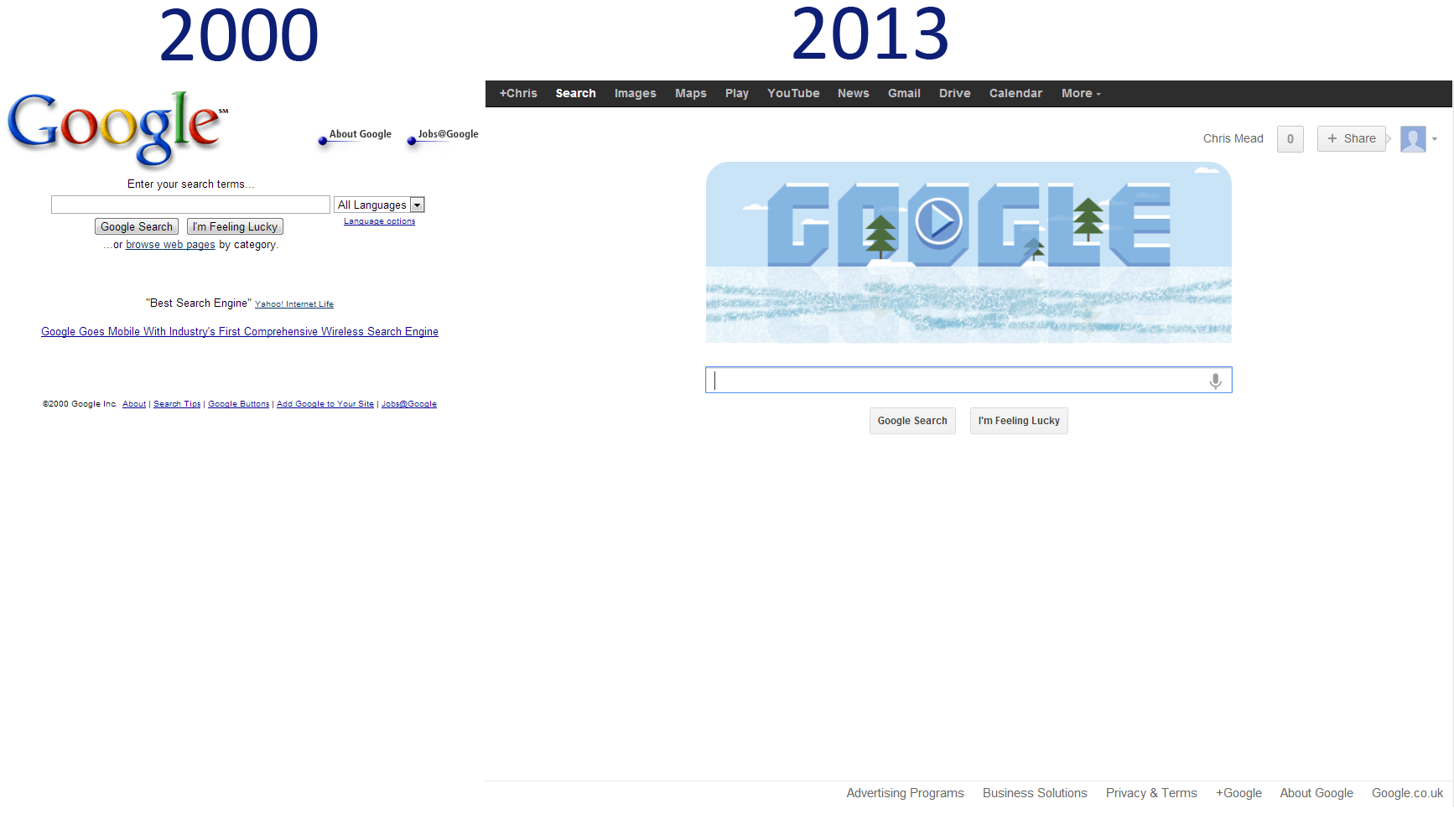