If like me you have always imagined how great it would be to have a high tech visor or glasses similar to those in the sci-fi movies or Geordi La Forge in Star Trek, the wait might be over. On April 4, 2012 Project Glass wowed the technology industry when Google introduced its effort to develop augmented reality glasses. For those who have not seen it CNET also included a YouTube video that demonstrated its potential uses. 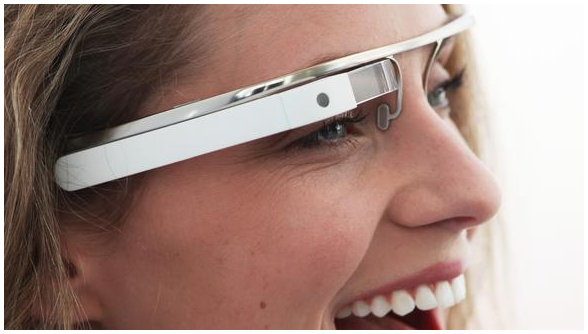 However underneath the shadow of the mighty Google some less well-known companies have been selling wearable displays for many years. It may be no surprise that the military is currently their dedicated customer and I image probably has a very different end use in mind over finding their nearest coffee shop.

In January last year Lumis an Israeli company & Vuzix both demonstrated their technology which can position images right in front of a person’s eye. The technology uses lenses with a built-in light, this light is guided to steer the output from a tiny display into the middle of an eyeglass lens. These are impressive technologies, but they are very expensive to manufacture and let’s be honest if it’s not a glowing visor, I don’t want to wear a pair of glasses until I have too.

Step in the next generation of contact lenses. Engineers from Finland & the US have developed the first bionic contact lens that could allow you to read emails, text messages or browse the web directly in your field of vision. The researchers have built a prototype with just one pixel embedded so visuals are limited and it is currently powered by a wireless battery held 1cm away from the lenses. To me this sounds hugely impressive and I look forward to the technology improving and moving away from having to wear a matching ‘beer holding’ style cap with batteries wedged in the side.

Naturally there is huge potential for all these technologies, specifically with contact lenses and some favourites would be text messaging, video gaming and satellite navigation. My own personal choice would be integration with Google Local, featuring a real time overlay of information based on my surroundings, such as 5 star ratings appearing on local restaurants as you glance in at the menu.

This technology will also provide great befit to the scientific community supplying real-time updates of health data like blood-glucose levels and your heart rate. So a lot to look forward to and if you are feeling left out that your partner is currently spending too much time on their mobile just wait till they are overlaying Brad Pitt’s face on yours as she greats you home from work.