Christmas Ads – do people love or hate them?

T’is the season to be jolly, especially for advertisers who roll out Christmas campaigns in the run up to boxing day and the New Year.

In a survey of UK consumers, Ipsos MORI determined that people are less concerned and annoyed by Christmas advertising than they were in 2009 however a majority of UK adults agreed that there was a need to tone down Christmas ads because of the economic climate. Meanwhile, only 23% agreed that they would be spending more on presents compared to the previous year. An Interesting read on the changing attitudes in the UK (which are typically more cynical than most) towards Christmas Ads.

Join us on Facebook to find out more: http://www.facebook.com/TugAgency 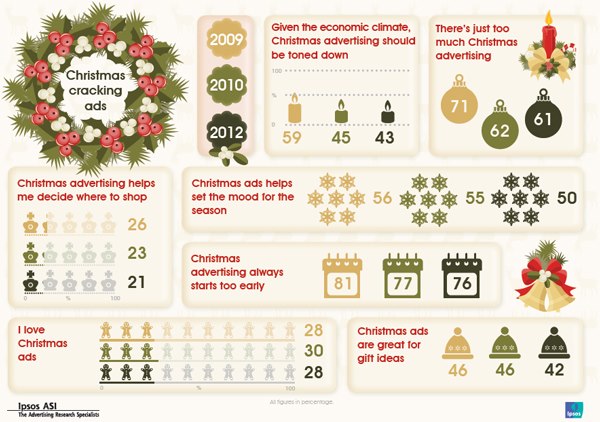