It’s clear Zynga have been struggling for a while now, culminating in their recent layoff of 100 employees and clash with Anonymous. The introduction of Farmville 2 in September of this year; the recycling of its most successful social game into a sequel essentially identical to its predecessor, smacked of clear creative desperation. Couple that with its removal of The Ville (an identical game to The Sims), you could argue that they’re running out of ideas.

Questions have been raised of their plight signalling a saturation of the social game market, while there are others such as EA’s John Riccietello (who would have been delighted by the removal of The Ville) who claim the downfall as mere hype.  But are there any implications for social media as a whole?

To answer that question we need to first clear up a common misconception: that there’s a line between social games and social media. Social gaming is a form of social media. Does this mean we need to see Zynga’s difficulties rub off on the entire social media landscape for people to stand up and take notice? Yes, though the chances of that happening currently are slim – it has to get much worse first. What I feel is important to understand here is that conversations, relationships, sentiment, can all be expressed and forged while playing games on social platforms like Facebook – where the UI is purposely built to cater for any prospective social interaction.

With this in mind, if Zynga’s sudden halt at the top of the social gaming food chain is an indication of saturation, then yes, this will directly affect social media as a whole. Here’s one reason why- games from Zynga and others generated 15% of Facebook’s revenue in 2011, but will that now grow? Facebook ads is another example, where the types of ads displayed on game related pages may need to be re-thought.

Of course social games will continue to be immensely popular – there may be a saturation of games produced currently, but the demand to play is still there. As a consequence marketers need to seriously start considering how social games effect their own social media strategies, as their growing intertwinement will rub off on other popular social platforms like Twitter and Reddit in time. 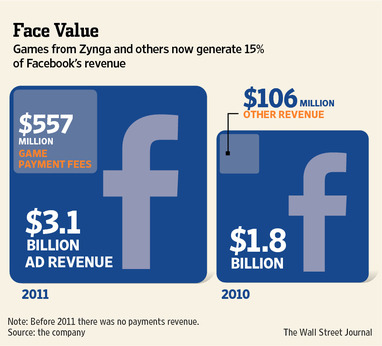