In an update to its popular Xbox Live dashboard, Microsoft has made the conscious decision to remove both Facebook and Twitter apps in an effort to streamline its offered selection.

The company is now encouraging users to visit their favoured social networks through Internet Explorer 9, which was included in the update bundle.

Writers have questioned why there ever was a need for either of the apps due to controller inconveniences (unless you owned an Xbox keyboard) and other sources have claimed that the apps were hardly being used anyway as they lacked key features such as status updating.

However, Microsoft hasn’t actually published usage statistics of either app, so sources claiming both were underused are merely speculating.

Personally, I don’t feel there would have been any harm in leaving these social apps in place as a convenience for existing players; they would have kept the user interacting on the Xbox platform, rather than forcing them to check their PCs, or worse, their iPhone’s and Macs.

What’s clear though is that Microsoft are trying to push IE9 in any way shape or form and with the imminent release of Windows 8, this move does make sense in terms of global strategy. 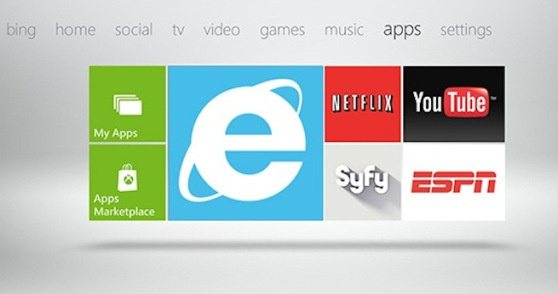