Myspace is set for a relaunch

Justin Timberlake (among other investors) has put no small amount of money behind the new-look Myspace in a considerable push that is set to roll out over the new few months. Currently, their very music-orientated holding page and showcase video splatters slick design reminiscent of tumblr over interactive elements including friends video uploads, artists music playlists and other enticing elements.

Whether this will be enough to recharge interest in the social network remains to be seen. Following News International’s acquisition and subsequent fire sale, Myspace has laid dormant compared to its biggest competitor, Facebook.

However, if the timing proves right and the offering is considerably revamped, the network might have a chance at bringing users back. 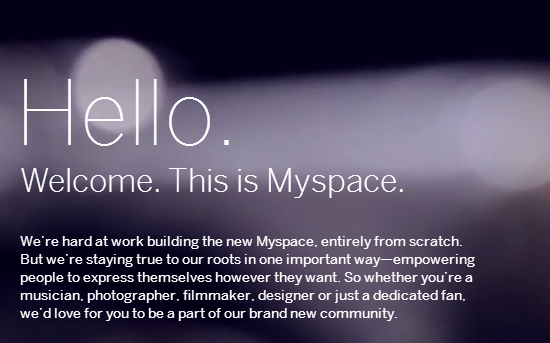