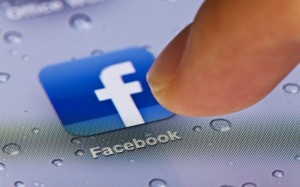 This week, a man was sentenced to 12 weeks of prison, after having posted comments on Facebook which were deemed offensive. Mathew Woods, 20, from Chorley, Lancashire, had allegedly referred to the missing girls April Jones and Madeleine McCann.

This is only of many cases of indictments resulting from inappropriate behaviour which became public in social networks, in recent months. Last December, a woman famously spent Christmas behind bars after a video of her making racist slurs on a tram in Croydon, Surrey, circulated on Youtube.

However, many of these indictments have been contested by members of the legal community, with arguments that the sentences are disproportionate, or that such legal actions violate our freedom of speech. Keir Starmer, the director of public prosecutions, has stated that it is time for “an informed debate about the boundaries of free speech in an age of social media”.

Such a debate could drag on for a while: what are the limits to what we can publicly say, even in one sentence, and if we are punished for saying something offensive, how should the judges decide how severe the sentence should be?

Until these questions are resolved, one must remember that posting electronic messages which are “grossly offensive or of an indecent, obscene or menacing character” on social media sites, IS an offence, according to section 127 of the Communications Act 2003. Therefore, always think before adding a comment to a feed or updating your status. You could be one sentence away from community service!