The huge amount of news coverage in the last two weeks relating to Apple’s launch of the iPhone 5 has been largely negative, relating to the problems with the software iOS 6 including Apple Maps that the camera is of poorer quality than the iPhone 4. Interestingly, social media has had a large part to play in spreading the word about these faults and due to the rising customer concern and feedback, Apple’s CEO Tim Cook was forced to issue a rare apology on behalf of the company.

Apple are notoriously reluctant to use social media and do not advertise their Facebook Page on their website which is extremely rare for a technology company.

We decided to run a quick volume analysis using Radian6 to determine where the online conversation relating to the iPhone 5 is taking place only to discover that Twitter is the primary location for aggrieved Apple commentators to vent their anger. The graph below taken from Radian6 reveals that a staggering 11m mentions in the last 30 days are taking place on the social network.

Social media is clearly a driving force in influencing consumer reactions to Apple’s new product launches. The question remains open as to whether the company intends to take part in this huge volume of conversation or remain outside watching in. 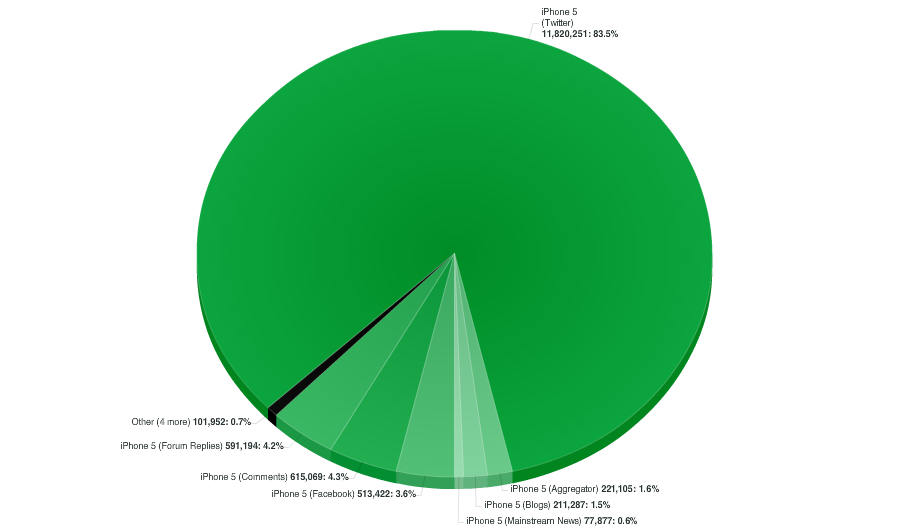