Samsung and Apple have been locked in continual patent lawsuits for the past year. Samsung claimed in August 2012 that if the new iPhone were to breach certain infringements then they would sue. Staying true to their word, earlier this week Samsung have submit yet another lawsuit against Apple, stating that it believes the iPhone 5 infringes on 8 of its patents “in the same way as other accused iPhone models.”

The lawsuit has been filed after Apple recently won a huge patent infringement case in California against Samsung. In August, a court ruling said Samsung “willfully infringed” on a number of Apple’s patent devices, granting them $1.05 billion. Whilst Samsung continues to argue that they simply took inspiration from the Apple Products, Apple is adamant that the company has ‘ripped off’ its designs.

The latest case is likely to manifest in early 2014 – maybe Samsung will get that $1.05 billion back? 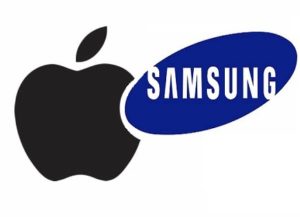