Over the last few years it’s become clear that much like Gin & Tonic, Ant & Dec or a man & a well earned beer, Twitter and sport have become completely inseparable. Whether it’s (the soon to be ‘Sir’) Bradley Wiggins celebrating his Tour de France and Olympic success or Rio Ferdinand promising to snaffle Usain Bolt a trial at Manchester United everyone  is doing it and ‘engaging’ more with their fans. In fact the only notable exception I can think of is Roger Federer, a man so nice that he’s probably protected from the internet by his entourage for fear it might ‘corrupt’ him.

For a lot of sports fans and journalists it can be a great source of information (and often humour) but more and more frequently it lands athletes in trouble, or at the wrong end of abuse following a below-par performance. Tom Daley, Kevin Pietersen, Swiss footballers and Greek triple-jumpers have all had one scandal or another in just the last couple of weeks, and in the case of Tom Daley and KP with no fault on their part, leading to the conclusion by many that controls should be stronger on what people can and can’t post. I for one think that, as long as it’s legal, people should be able to say whatever they want on Twitter and around the internet, but it’s an interesting problem for athletes and (probably more realistically) their PR teams to face as their online presence becomes increasingly important. 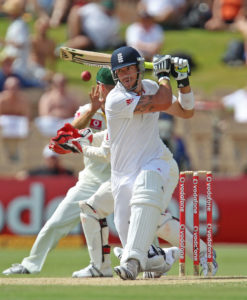