Working in SEO, I never quite know how to answer when someone asks what it is I do for a job. Reeling out something along the lines of ‘Improving a website’s search engine visibility through on site optimisation whilst building external backlinks from authoritative and trusted websites’ won’t make a whole lot of sense to the uneducated, whilst ‘Internet stuff’ sounds a bit vague.  After numerous failed attempts at trying to explain the world of SEO, you might even be inclined to give up and just lie. Wanted to be a pilot, a doctor or a marine biologist when you were young? Now’s your chance!

Alternatively, you could use the following; an infographic which explains SEO and PageRank by comparing it to running for prom king. It is slightly dated but most of the information is still relevant, meaning it’s still a great entry into search engine optimisation for the uninitiated. Next time someone asks you what SEO is, just show them this infographic and they’ll soon catch on (unless you don’t have access to a computer, in which case just make it easier for everyone and tell them you’re an astronaut): 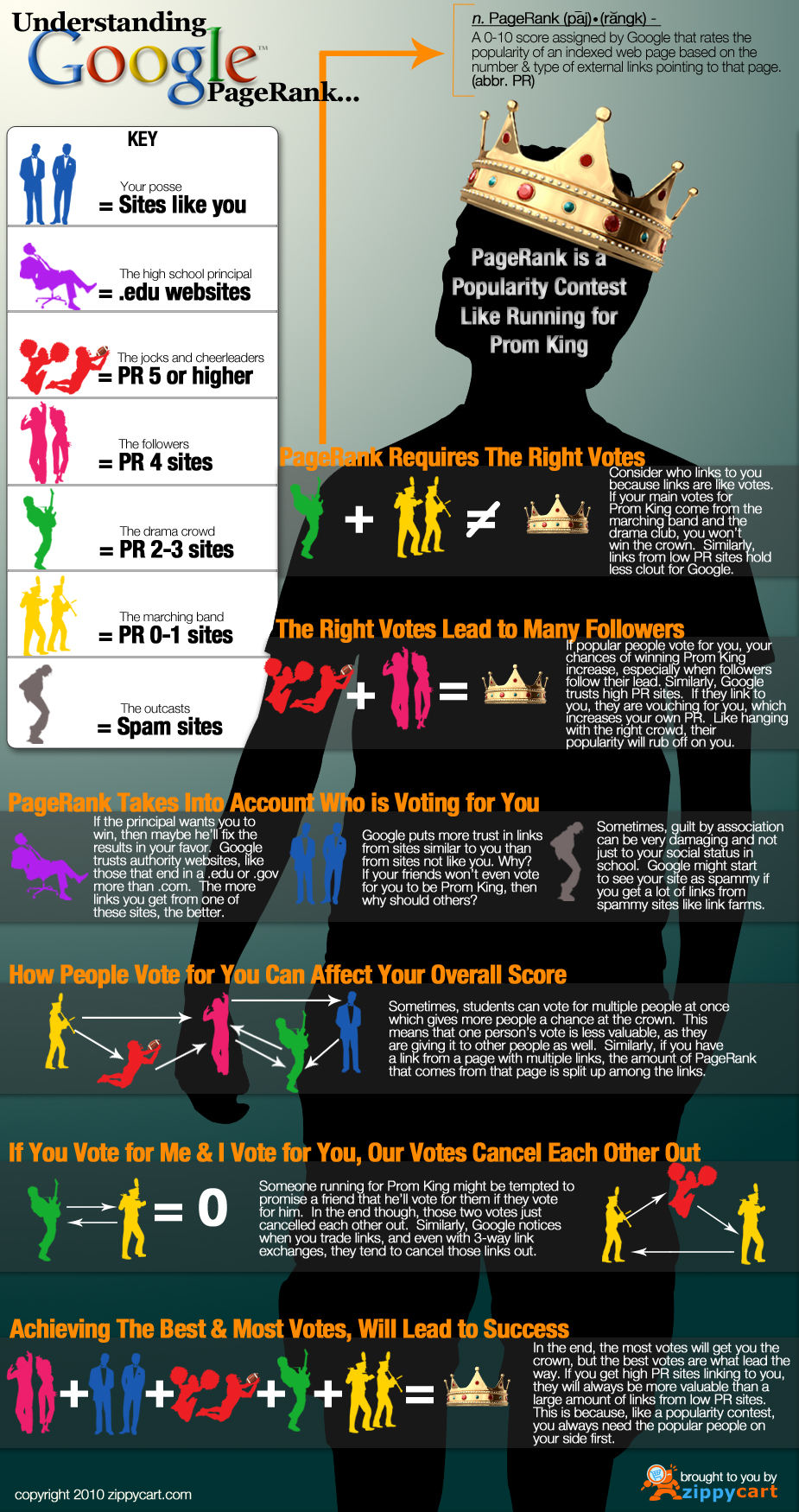