The hype, controversy and press coverage surrounding Christopher Nolan’s conclusion to the epic “Dark Knight” trilogy reached fever pitch during the opening weekend. Driving the key messaging and call-to-action for ticket sales and providing a virtual countdown to the launch date, the team behind The Dark Knight Rises Facebook Page released a series of great cover images (inspired by the banner ads). Each cover image attracting over 10,000 likes and an huge number of shares and comments, rolling the momentum for the release of the film right up to the launch date. Fans of the film adopted the cover images onto their own profiles, broadening the awareness of the page and the release date of the film. A smart, simple and creatively-led social media campaign. 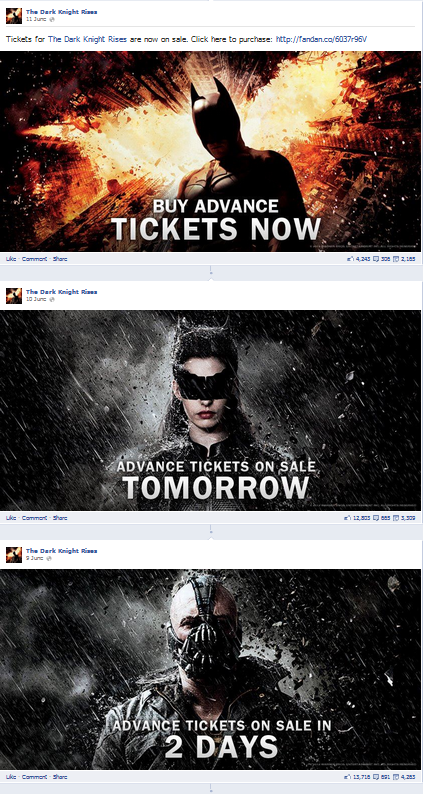