The UK government has recently announced, that internet and phone corporations will install what is known as “Black boxes”, to monitor UK internet and phone usage, this includes all Facebook and Gmail messaging. According to the Home Office‘s data act, internet service providers (ISPs) and mobile phone businesses are to collect all records and file them for a year, and under strict guidelines laid-out the actual details of messages will in no way be possible to detect, only the content from “header data” is encrypted, such as the sender and recipient of a message and the date it was sent.

According to an official Home Office spokesman, this is to allow the police to maintain their ‘capability to catch criminals and protect the public’ in the new precarious age of online interaction. It would appear that the new data act is a step in the right direction-in terms of implementing guidelines, to protect the public’s welfare on the ‘hidden web’ from dangers such as paedophiles, stalkers and content pirates.

However could this latest development, spell out a not too distant dystopian future for Britain, similar to that of George Orwell’s 1984? When contemplating this, it is also worth considering the alarming prospect of phone tracking within it all, which will soon grant authorities with the power to trace individuals movements on a daily basis…Only time will tell…” 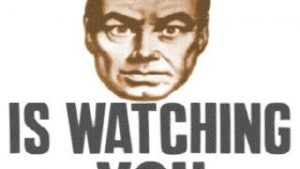