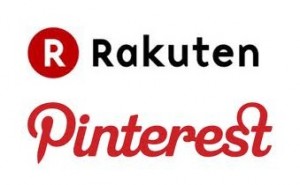 Japanese ecommerce giant Rakuten today announced it will invest upwards of $50 million in the next funding round for social bookmarking phenomenon Pinterest. The round should raise $100 million in total, with the remainder likely to come from existing investors Andreessen Horowitz, Bessemer Venture Partners, and FirstMark Capital, along with several prominent Angel Investors.

Rakuten are one of the world’s largest internet service companies, currently operating in 17 markets and ranked amongst the top 10 with Google, Amazon, eBay etc. Among its many properties is Rakuten Ichiba, the largest e-commerce site in Japan, Play.com in the UK, Buy.com in the US and similar sites in Germany and Brazil.

Pinterest are hoping that by partnering with such an aggressive ecommerce powerhouse, they can finally monetise the site in a meaningful way, while fending off the countless imitation sites that have popped up all over the globe.

One of the more interesting sides to this deal which hasn’t been mentioned anywhere, is that Rakuten also own Linkshare, one of the world’s major affiliate networks. Affiliate links were an essential aspect to the site in its early days. Pinterest used a company called Skimlinks to modify users’ links to commerce sites. Any sales through these links returned commission to Pinterest, but it has never performed efficiently enough. A lot of content is shared from other sources such as Facebook and Tumblr, or the links are not commercial products to begin with, which limits the scope for development and growth.

I’ll be keeping a close eye on this and can’t wait to see what solutions they come up with to generate more revenue for the company. If it somehow involves an ingenious affiliate solution, all the better!