Well that seems pretty obvious doesn’t it? Supposedly in North America though, candidates are starting to be asked – so that prospective employers can check any closed groups they might be involved in. Well that’s just crazy. I ask everyone I interview if they are on Facebook but never their password! Usually candidates don’t realise that I want them to say they are on it multiple times a day – they are worried that will show them to be slackers – whereas I see it as proof that they are comfortable and savvy online. I hired one guy who used the Irish spelling of his name on Facebook for the express purpose of avoiding snooping employers like me… ha! I found him anyway…. but never hacked his account! geez… 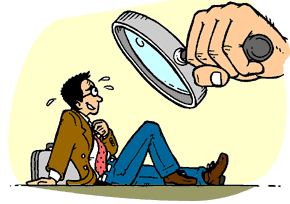