The announcement that Yahoo is suing Facebook over the alleged infringement of 10 patents will come as no surprise to companies in the mobile technology sector. Patent abuse, litigation and lawsuits that span many years are the norm for most large mobile companies, acting as another tactic for acquiring marketshare and damaging your competitors profits. The rivalry between Apple and Android over the latter’s perceived patent abuses and market dominance is well documented, the question now remains as to whether these tactics will spill out over into other technology sectors. Rumours are that a large swathe of lawsuits aimed in Facebook’s direction from Yahoo could threaten the company following it’s Initial Public Offering last month.

The infographic below details who is suing who in the mobile technology space (Motorola with 17 US lawsuits between 2004 – 2010) and HTC are under fire from technology giant Apple with three lawsuits.  A quiet battle rages on in the courtrooms where it looks as though the only real winners are set to be the lawfirms. 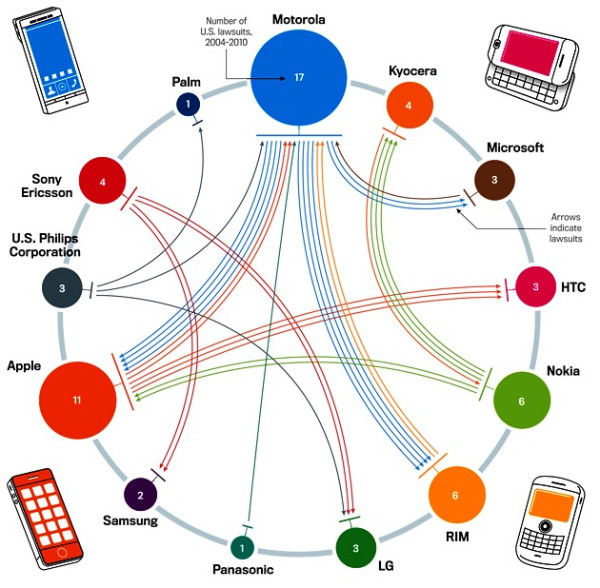