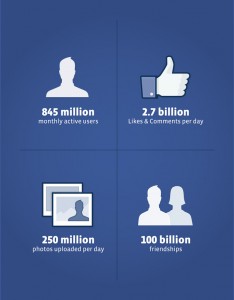 Mark Zuckerberg’s letter to investors following Facebook’s £5bn Initial Public Offering (IPO) – one of the largest in Wall Street’s history – reflects some big changes in the way the web has shifted towards being more “social” and how social networks have sought to monetise themselves.

Below we have pulled out some key quotes from his letter that are worth checking out.

“We believe that leaders will emerge across all countries who are pro-internet and fight for the rights of their people, including the right to share what they want and the right to access all information that people want to share with them.”

“The word “hacker” has an unfairly negative connotation from being portrayed in the media as people who break into computers. In reality, hacking just means building something quickly or testing the boundaries of what can be done. Like most things, it can be used for good or bad, but the vast majority of hackers I’ve met tend to be idealistic people who want to have a positive impact on the world.”

Hacker culture is also extremely open and meritocratic. Hackers believe that the best idea and implementation should always win – not the person who is best at lobbying for an idea or the person who manages the most people.”

“We have a saying: “Move fast and break things.”