Apparently a computer worm has stolen 45,000 login credentials from Facebook. It has said to have largely affected accounts within the UK and France. The malware responsible is the well known ‘Ramnit’, which has been invading computers and stealing bank details since it was first discovered in April 2010.

In order to spread the virus at a higher pace it is suspected that Ramnit is using stolen credentials to hack into accounts and subsequently send malicious links to friends.

Social networks are like a hub of personal information and for this reason they are especially appealing to viruses.

“It appears that sophisticated hackers are now experimenting with replacing the old-school email worms with more up-to-date social network worms. As demonstrated by the 45,000 compromised Facebook subscribers, the viral power of social networks can be manipulated to cause considerable damage to individuals and institutions when it is in the wrong hands,” said Security firm Seculert.

Seculert has estimated that between September and December 2011 over 800,000 machines were infected with Ramnit. The problem is that it is not always visible that Ramnit has passed through your computer. It is stealing passwords with no announcement of its presence. The advice given is to run your anti-virus software and hope for the best! 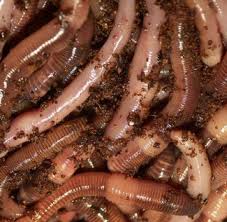