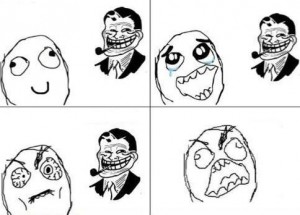 It was snowing this morning! Did you see that?  Outside everything is dedicated to Christmas – the lights, the shops, the markets and now even a little bit of snow. So I decided not to do anything related to Christmas, but pull together fun stuff that is going on in the World Wide Web.

This time I wanted to look at the things that are really popular at the moment in the Twitter environment, when people are trying to have fun: