Last night saw the glossy affair of Stuff Magazines gadget of the year awards 2011. The awards that were held at the Under Globe in London and this year ended with a surprising winner. We are all used to seeing Apple scope the top price at these events, but this year it was piped to the post by Taiwanese company Asus with their Eee Pad Transformer. The Transformer bridges the gap between laptop and tablet, with its attachable keyboard dock that provides it the power of a net book and its super responsive touch screen.

However never to be outdone Apple did scoop three awards for best tablet of the year, the magazine’s readers voted the iPad 3 their most wanted future gadget, and the MacBook Air laptop was named the best computer.

Other gadgets that continue to impresses where Samsungs Galaxy S II, named phone of the year and the Nintendo DS which was named best gaming gadget.

I want them all, but sadly my budget does not match my desire. Maybe I’ll be up for a pay rise after all my fine blogging! 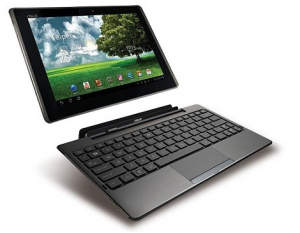