Battle of the Giants?

Recent news has come to light that Google has won the race to become the site that receives the most unique visitors. Google has reached the magic number of One Billion Visitors whereas Facebook falls well behind at a user count of 700 million.

However, how reflective is this of true user behaviour on the site and the power the Big G?

Firstly, are these visitors just visitors from Google? Well, no – it’s Google and its partners (Youtube, Google Blogger etc.) Youtube was looking back a superbly strategic move for Google as not only has it contributed to users but also to the other goal monitored which is time on site where Facebook is naturally streaks ahead.

What do you think? Are you tired of the endless comparisons between Google and Facebook as the world’s online giants when they fundamentally offer different uses to the consumer? 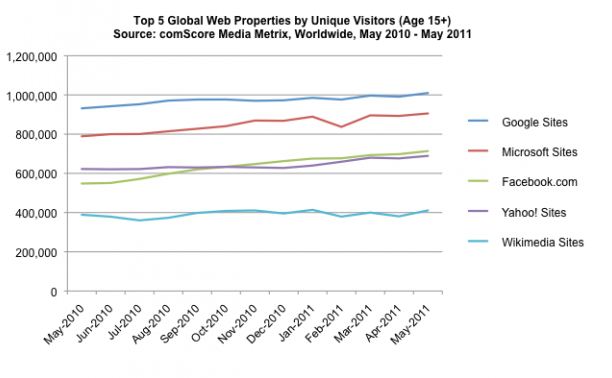