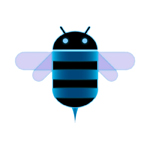 Just a few hours after the official launch of Google Android 3.0 Honeycomb for tablets, we already had the first business applications optimized for tablets. Simple tools to increase productivity and performance of small and large businesses.

As Google said during the conference, the compatibility between Android 3.0 and older versions of the operating system is one of the pillars of its growth, so all the old business applications developed for older versions of Android will work just fine with Honeycomb. The difference is that the ones presented below have a more futuristic approach.

This new version of Meeting Fuze lets you video-conference with several people in high definition, 1080p resolution. It adds the possibility to initiate and maintain chats directly from the tablet, instead of the old versions that forces you to set up an appointment through the computer.

The application to set up meetings through the network will be the first one to be available for Android 3.0. Their competition will be WebEx and GoToMeeting, both only for iPad. 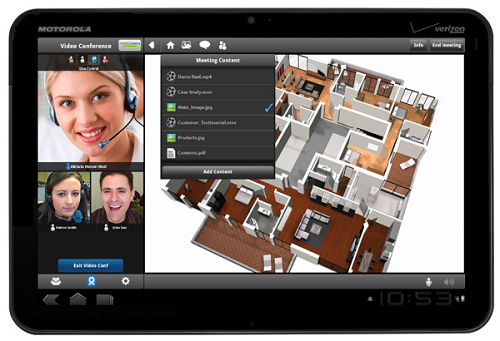 GoPayment: Payments on the Go

GoPayment is the version of Intuit’s credit card reader. The old version is available for all the platforms with IOS: Blackberry and iPhone, so the jump to Honeycomb is a natural step.

This version of GoPayment for Android 3.0 allows small businesses to sell their products and accept credit card payments directly from the tablet. The application also includes a website with a selling interface, shopping cart, which can upload photos taken with the tablet’s camera. Its biggest advantage is cost saving over other payment card systems. 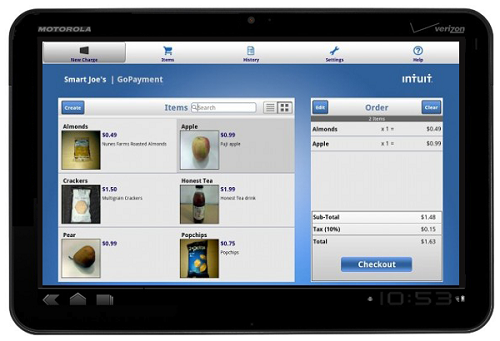